India   All India  25 Jul 2019  Grant full consular access to Kulbhushan Jadhav at the earliest: India to Pakistan
India, All India

Grant full consular access to Kulbhushan Jadhav at the earliest: India to Pakistan

The MEA spokesperson said India has conveyed its demands to Pakistan. 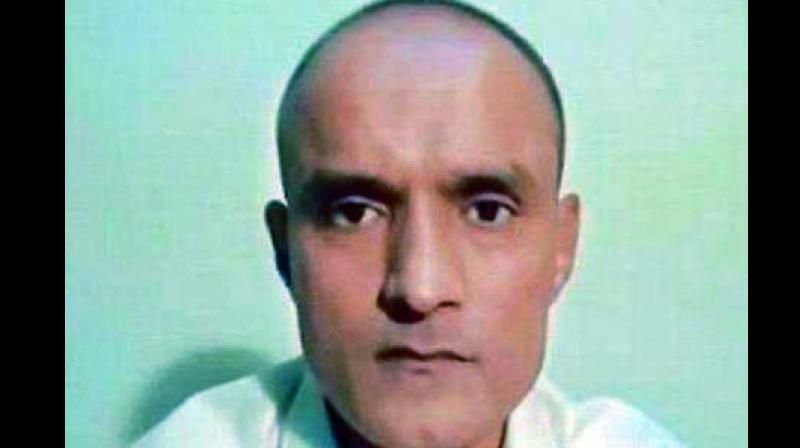 New Delhi: India on Thursday asked Pakistan to grant full consular access to Kulbhushan Jadhav at the earliest in "full compliance and conformity" with last week's verdict in his case by the International Court of Justice.

External Affairs Ministry Spokesperson Raveesh Kumar said India is in touch with the Pakistani authorities on the issue. Jadhav, 49, a retired Indian Navy officer, was sentenced to death by a Pakistani military court on charges of "espionage and terrorism" in April 2017 following which India had moved the ICJ.

The Hague-based ICJ last week ordered Pakistan to undertake an "effective review and reconsideration" of the conviction and sentence of Jadhav and asked it to grant consular access to him without further delay. "We expect that full consular access to Jadhav should be granted at the earliest in full compliance and conformity with the judgement of the ICJ and the Vienna Convention," Kumar said during a weekly media briefing. "We are in touch with the Pakistani authorities in this regard through diplomatic channels," he added.

The MEA spokesperson said India has conveyed its demands to Pakistan. "Will not go into details on what is being discussed," In its 42-page order, the court, while rejecting Pakistan's objection to admissibility of the Indian application in the case, held that "a continued stay of execution constitutes an indispensable condition for the effective review" of the sentence of Jadhav.

The bench, however, rejected some remedies sought by India, including annulment of the military court's decision convicting Jadhav, his release and safe passage to India. The ICJ upheld India's stand that Pakistan is in egregious violation of the Vienna Convention on Consular Relations, 1963 on several counts in the case.