UP CM Yogi Adityanath said that Rahul Gandhi would think 10 times to make an attempt to hug him. 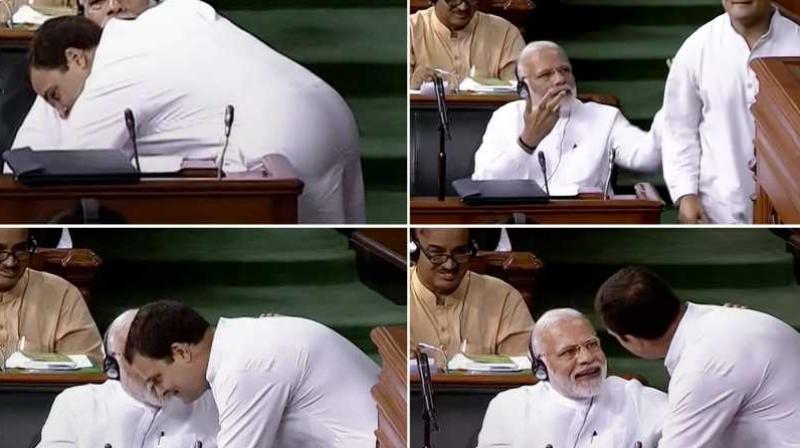 Congress President Rahul Gandhi on Friday surprised the Lok Sabha when after bitterly criticising the BJP-led government during the no-confidence motion, he walked across to the treasury benches and hugged Prime Minister Narendra Modi. (Photo: PTI)

According to report, on being asked whether UP CM would reciprocate hug, he said, "Such political stunts are not acceptable to me at any cost. It’s Gandhi’s childish behaviour and he neither has wisdom nor the ability to make his own decisions. A sensible man would not do such things."

UP CM wondered whether Akhilesh and Mayawati would accept Rahul Gandhi as PM candidate against Modi in the 2019 general elections. He said the opposition is so desperate to oust BJP government who isn’t able to announce their leader.

Read: Rahul can wait, Cong open to Mamata, Mayawati as PM in 2019: sources

“Each opposition leaders are humming his/her tune and 2019 elections would help voters to compare six decades of Congress with four years of Modi government,” Adityanath said.

CM Yogi Adityanath said, “Killing in the name of Gau Raksha cannot be allowed at any cost. Incidents of mob lynching are being highlighted more now. People should not take the law into their hands and those who will try to take law in their hands will have to face the strictest action."