Derek O' Brien's comments came a day after reports about the Congress being ready to accept any non-RSS candidate from among the Opposition. 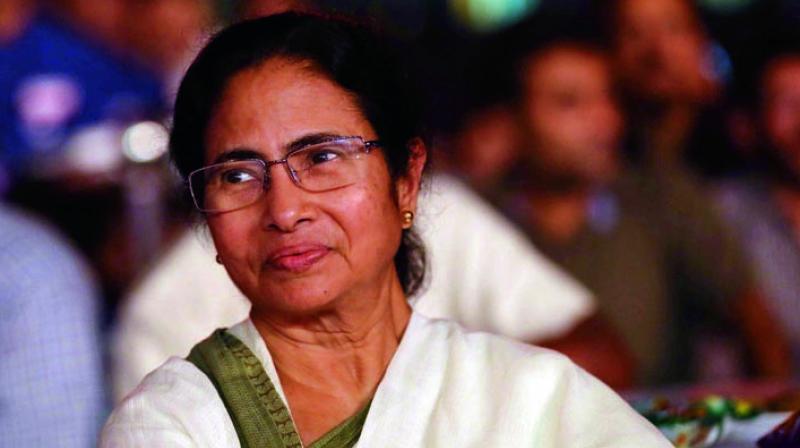 Banerjee has been trying to stitch together a federal front of regional parties to take on the BJP in the next general election. (Photo: File)

New Delhi: Trinamool Congress leader Derek O'Brien said on Wednesday that 2018-19 is the "think federal" year, suggesting regional parties will play a crucial role at the Centre and projected Mamata Banerjee as one of the "most senior leaders in this matrix".

He also said that Banerjee's emergence as one of the front runners for the prime minister's post "is nothing new".

His comments came a day after reports about the Congress being ready to accept any non-RSS candidate from among the Opposition as the next prime minister.

"This 2018-2019. This is the year of "think federal". But these things would be decided later. The reality is that everyone is focused on electing a people-centric government and removing the BJP. So, one of the most senior leader in this matrix is Mamata Banerjee," O'Brien told reporters in Delhi.

The TMC Rajya Sabha member claimed that Banerjee is "accepted" not only by the people of West Bengal but also the entire country for her 40 years of political struggle, including as Member of Parliament and the chief minister of the state.

Though Congress president Rahul Gandhi has not said anything about projecting Banerjee as the prime ministerial candidate, her name "emerging as one of the front runners is nothing new", O'Brien said.

The TMC leader said the focus of a "united opposition" is on spreading the message that the BJP had failed its people and bringing its tally to between 100 and 150 seats.

Banerjee has been trying to stitch together a federal front of regional parties to take on the BJP in the next general election. But many in the Opposition have remained sceptical about her efforts.

She will visit Delhi for three days next week to personally invite opposition leaders to the "federal front" rally she plans to hold in January in Kolkata, according to party sources.

Mamata Banerjee is scheduled to arrive in Delhi on July 31.

During her previous visits to Delhi, she met the leaders of regional and opposition parties as part of her efforts to cobble up support for the "federal front".

There is speculation in the Opposition camp that a woman prime ministerial candidate may be projected in the next elections and names of BSP leader Mayawati and TMC supremo Banerjee are doing the rounds.