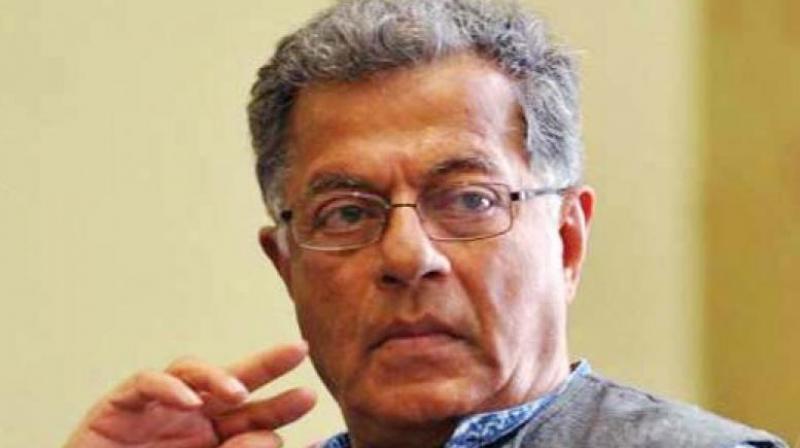 Girish Karnad was among the most vocal critics of hardline Hindutva whose security was beefed up following the killing of Gauri Lankesh in September 2017. (Photo: File)

Bengaluru: The SIT probing journalist-activist Gauri Lankesh's murder has stumbled upon a diary with a 'hit-list' which has the name of film and theatre personality Girish Karnad's name on top, the police said on Wednesday.

Girish Karnad was among the most vocal critics of hardline Hindutva whose security was beefed up following the killing of Gauri Lankesh in September 2017.

Gauri Lankesh's name figures second among the intended targets in the diary which was recovered last month from the suspects arrested in connection with her killing.

"There is a list of targets prepared by a radical Hindu group. The names of Karnad and Lankesh have been mentioned at slot number 1 and 2. We are investigating further," a member of the Special Investigation Team (SIT) said.

The entries, he said, have been made in Devnagri script.

The names of politician-litterateur B T Lalitha Naik, pontiff Veerabhadra Channamalla Swamy of Nidumamidi Mutt and rationalist C S Dwarakanath also figure in the list. All of them are bitter critics of the Hindu right.

When reached for comments on the recovery of the diary and his name on the hit-list, Karnad, tersely said, "I have no interest in all this. Thanks."

The SIT has, meanwhile, arrested the 10th suspect in the Lankesh murder case. Rajesh D Bangera, 50, was arrested from Madikeri in Kodagu district on July 23. He was produced before a magistrate on Tuesday and remanded in SIT custody till August 6.

The police did not disclose the role of Bangera in Gauri Lankesh's killing but said he was in touch with arrested suspects Amol Kale and Amit Degwekar. Parashuram Waghmare, who is suspected to have pulled the trigger on Lankesh, is among those arrested.

Gauri Lankesh, who held strong anti-Hindutva views and voiced them freely, was shot dead at the entrance to her house in Bengaluru's Rajarajeshwari Nagar area on September 5, 2017, triggering a nationwide outrage.