India   All India  25 Jun 2019  ‘No one tried to settle rape allegation against my son,' says Kerala CPI(M) leader
India, All India

‘No one tried to settle rape allegation against my son,' says Kerala CPI(M) leader

A former bar dancer from Mumbai has alleged in her complaint that she had been raped by Binoy after falsely promising to marry her. 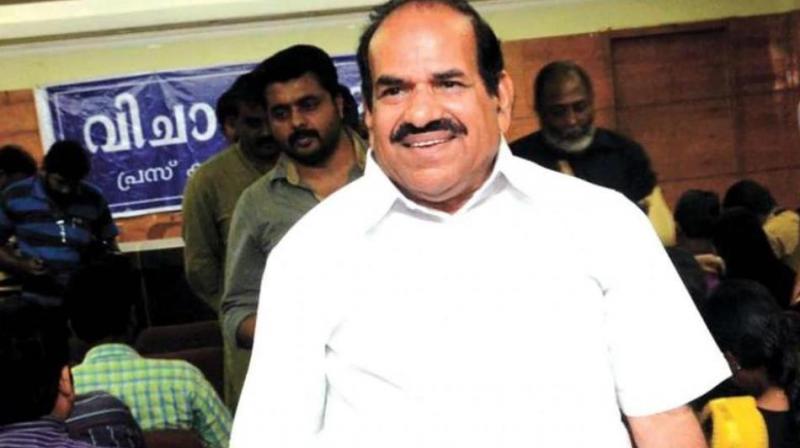 Balakrishnan, who addressed the media after a meeting of the party’s state committee, said he came to know about the complaint only after a court sent a notice to his house in January. (Photo: PTI)

Thiruvananthapuram: The ruling CPI(M)’s state secretary, Kodiyeri Balakrishnan, on Monday said nobody attempted to settle the rape allegation levelled against his son Binoy Kodiyeri by a Mumbai-based woman.

Balakrishnan, who addressed the media after a meeting of the party’s state committee, said he came to know about the complaint only after a court sent a notice to his house in January.

A former bar dancer from Mumbai has alleged in her complaint that she had been raped by Binoy after falsely promising to marry her. She also claimed that she has an eight-year-old son from the relationship.

“I have made it clear that neither me nor my party will interfere in the matter. No one has tried to settle the matter,” the CPI(M) leader told media persons.

He added that his wife went to Mumbai only to try and inquire about the issue as a mother.

Binoy, who has moved a court in Mumbai for anticipatory bail, has, however, denied the allegations and claimed that all the documents provided by the woman were fake.

Two Mumbai Police personnel, along with local police, had visited Binoy Kodiyeri’s ancestral home at Thiruvangad in Kannur district of Kerala with a notice asking him to appear within 72 hours before the investigating officers probing the case.

Binoy, booked under Indian Penal Code sections 420 (cheating) and 376 (rape), has been untraceable since the case was registered.

With regard to the suicide of an NRI businessman, Balakrishnan said there were no lapses on behalf of the Anthoor Municipal Chairperson, P K Shyamala.

The party secretary also said that the municipal chairperson has limited powers when it comes to granting licence for buildings.

“It is the municipal secretary who has the powers. There were certain lapses on part of the officials and four of them were suspended. Action has been taken. The police have registered a case. The High Court has taken a suo motu case. Departmental inquiry is on. Let the investigations take place,” Balakrishnan said.

The opposition UDF Monday stalled proceedings in the Kerala Assembly, demanding registration of a case against a local municipality chairperson for allegedly refusing to grant an NRI businessman the ownership certificate for an auditorium, leading to his suicide.

The 49-year-old Nigeria-returned entrepreneur, Sajan Parayi, who had spent about Rs 16 crore for the auditorium, committed suicide by hanging himself at his home on June 18 after the CPI(M)-ruled Anthoor municipality refused to grant him the ownership certificate for his dream project, citing minor technicalities.

The businessman’s suicide had created a furore in the state, following which the Kerala High Court took up a Public Interest Litigation (PIL) on its own into the incident and issued a notice to the government, asking for an explanation by July 15.