Natarajan, the second Coast Guard officer to lead the force, would take over on June 30. 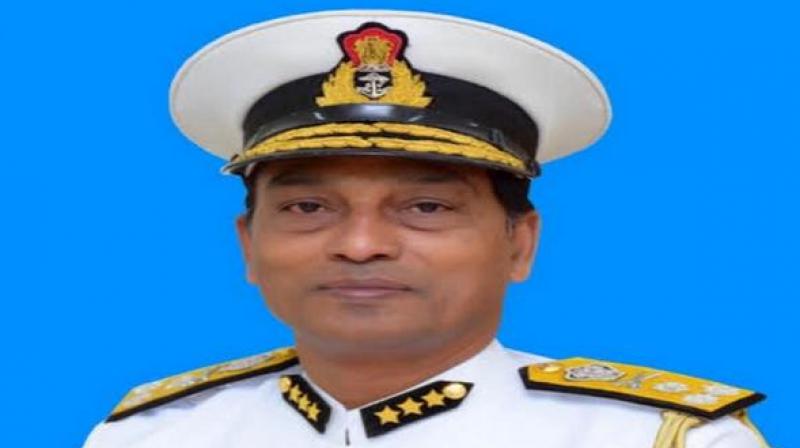 He joined the force on January 18, 1984, and holds a Masters Degree in Defence and Strategic Studies from Madras University. (Photo: ANI)

New Delhi: Krishnaswamy Natarajan was appointed as the next Director General of the Indian Coast Guard on Tuesday replacing Rajendra Singh, who was the first cadre officer to head the force.

Natarajan, the second Coast Guard officer to lead the force, would take over on June 30. He joined the force on January 18, 1984, and holds a Masters Degree in Defence and Strategic Studies from Madras University.

The Flag Officer has held the appointments of Chief Staff Officer (Personnel & Administration) at Headquarters Region (East), Chennai and Chief of Staff at Headquarters Region (West), Mumbai. The Officer has also held the appointment of Officer-in-Charge, Coast Guard Training Centre, Kochi.
On elevation to the Flag rank in August 2009, he spearheaded the Staff Division of Policy and Plans at the Coast Guard Headquarters as the Deputy Director General (Policy & Plans) till April 2014.

Natarajan was instrumental in giving a fillip to the overall growth of the Coast Guard, post 26/11, in terms of assets and infrastructure development including a dedicated academy.

The Flag Officer was the Commander of the Coast Guard Region (Andaman & Nicobar) from May 14 - July 2015 and on 27 Jul the same year took over the helm of the Western Region.
The Flag Officer was elevated to the rank of Additional Director General on 12 August 2016 and is currently holding the charge of the Coast Guard Commander (Western Seaboard).

He is an alumnus of the Defence Services Staff College, Wellington. He has specialized in Search and Rescue as well as Maritime Safety and Port Operations, at the US Coast Guard Reserve Training Centre, Yorktown, Virginia.

The Officer is married to Jayanthi Natarajan and the couple is blessed with two children.