India will tell the US that its law allows sanctions waiver to India on the purchase of S-400 missiles from Russia. 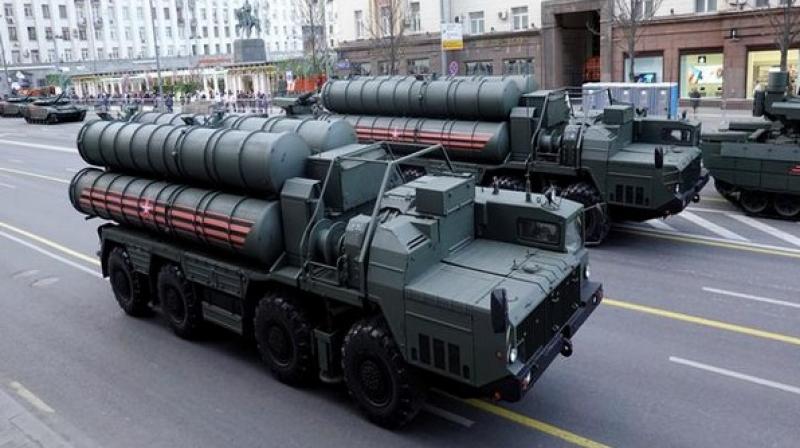 Indian diplomatic sources say discussions with Russia for the S-400 missiles have been on for a decade and the ‘US is aware of the reasons India wants this’. (Photo: ANI)

New Delhi: India will push ahead with its USD 5 billion air-defence missile deal with its longstanding defence partner Russia despite threat of US sanctions, a stand that will be made clear to US Secretary of State Mike Pompeo who will reach New Delhi tonight, diplomatic sources said.

India will tell the US that its law allows sanctions waiver to India on the purchase of S-400 missiles from Russia, sources said. "We have a longstanding defence relationship with Russia which we cannot wish away," Indian diplomatic sources said.

The S-400 Triumf long-range missile can hit targets up to 400 km, making it one of the world's most lethal surface-to-air missiles, which the US considers a threat under a law that imposes sanctions on any country that has "significant transactions" with Iran, North Korea or Russia.

The United States wants India to cancel the purchase of these S-400 Triumf missiles from Russia, which may possibly lead to violation of sanctions under the Countering America's Adversaries through Sanctions Act or CAATSA.

The US Congress has passed another law that could give countries like India a waiver from the sanctions, but that still has not been approved by President Donald Trump. The US imposed similar sanctions on China in September 2018 for purchasing the same missile system from Russia.

A US State Department official told reporters last week that the US "urged all of our allies and partners, India included, to forego transactions with Russia that risk triggering the CAATSA sanctions".

However, Indian diplomatic sources say discussions with Russia for the S-400 missiles have been on for a decade and the "US is aware of the reasons India wants this".