The incident took place at Jhumurmur on Saturday and the critically injured couple was handed over to the police on Sunday morning. 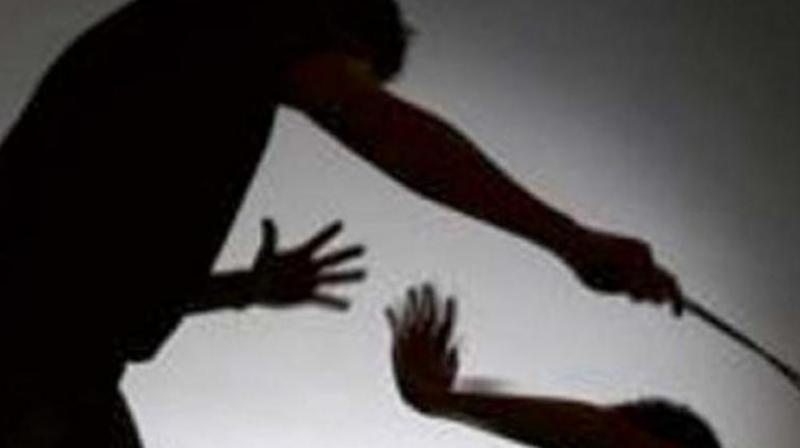 It is a third major incident in Assam this month where locals took law into their hands and thrashed people. (Representational Image)

Guwahati/ Nagaon: In another apparent case of moral policing, a couple was allegedly beaten up night-long and the woman's head shaved by villagers for having an illicit affair in Assam's Nagaon district, police told on Sunday.

The incident took place at Jhumurmur on Saturday and the critically injured couple was handed over to the police on Sunday morning, they said.

They were initially admitted to a local hospital at Kathiatoli, and later referred to the Bhogeswari Phukanani Civil Hospital at Nagaon, a police officer said.

It is a third major incident in Assam this month where locals took law into their hands and thrashed people.

"The police were intimated by some people during morning hours. Our team rushed to the spot and the villagers handed over them to us. They were badly injured and were admitted to a hospital," Nagaon district Additional Superintendent of Police (ASP)  Ripul Das told PTI.

He said the police will register a case after preliminary investigation.

A police officer from the local outpost said the incident happened when a man from the neighbouring Tubuki village visited the woman's home at Jhumurmur village on Saturday night.

"Villagers came out in large numbers and alleged that they were in an illicit relationship. The man tried to flee but was caught by the villagers. Then both of them were thrashed by the villagers," the police officer said.

"The woman's head was shaved by other women of the village. Their clothes were torn and they were tortured through the night. The villagers informed the police only during early hours in the morning," he added.

The villagers alleged that both were married people and they were cheating on their spouses, the police officer said.

On June 18, a mob had attacked a couple while they were going on a bike in Pukhurpur village of Rongjuli area in Goalpara district, claiming they were unmarried and it was "improper" of them to move around together.

Also Read: Assam couple thrashed by mob for travelling together, ‘forced’ to get married​

On June 8, two friends, Nilotpal Das and Abhijeet Nath, had gone to a picnic spot at Kangthilangso waterfalls under Dokmoka police station in Karbi Anglong. While returning, their vehicle was stopped at Panjuri Kachari by a group of irate villagers, who beat them to death on suspicion of being 'Sopadhora' (child-lifters).