4 killed, 3 injured in explosion at scrap shop in UP’s Muzaffarnagar

The explosion took place at around 9:40 am when some people were breaking scrap material in a shop under in Civil Lines area, reports say. 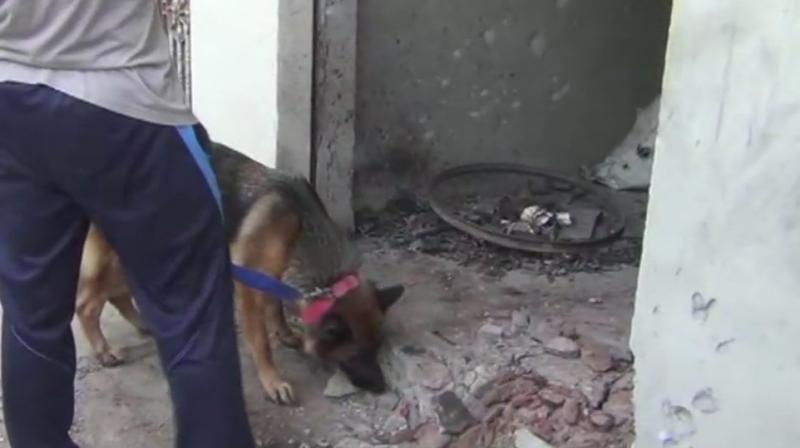 An investigation is underway to identify the cause of the explosion. (Photo: ANI/Twitter)

Muzaffarnagar: Four people were killed and three others injured in an explosion at a scrap shop in Uttar Pradesh’s Muzaffarnagar Monday morning.

According to reports, the explosion happened at around 9:40 am when some people were breaking scrap material in the shop under the Civil Lines police station.

Two of the four deceased have been identified as Tazim (50) and Shazad (55).

Police personnel and a fire brigade were rushed to the spot and a bomb disposal squad is also present there. An investigation is underway to identify the cause of the explosion.

"Teams from the Army's explosive unit and that of the police's Anti-terror squad are coming in. They will determine what caused the explosion and the circumstances. But the explosion was a powerful one," a report in NDTV quoted Anant Dev, the Senior Superintendent of Police in Muzaffarnagar, as saying.