PM recalled that democracy-lovers had fought a big battle against the Emergency imposed by then Prime Minister Indira Gandhi. 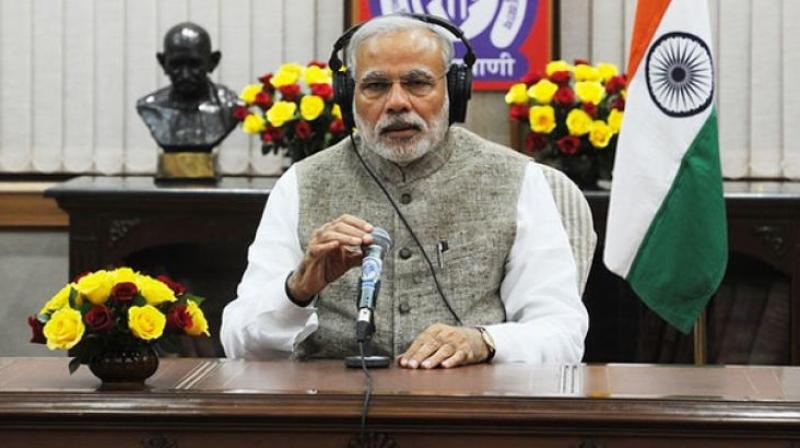 New Delhi: Prime Minister Narendra Modi on Sunday remembered the Emergency imposed on this day in 1975, saying "such a black night" cannot be forgotten, and
underlined the need for eternal vigilance to preserve democracy.

He recalled that democracy-lovers had fought a big battle against the Emergency imposed by then Prime Minister Indira Gandhi and said the pro-democracy "heritage" needs to be strengthened.

In his monthly radio programme 'Mann Ki Baat', Modi said it was essential to remember the incidents which have caused harm to democracy and move ahead towards the positives of democracy.

"Democracy is not only a system. It is our culture... Eternal vigilance is the price of liberty," he said.

Recalling imposition of the Emergency on June 25, 1975, the Prime Minister said it was "such a black night which cannot be forgotten by any lover of democracy. No Indian can
forget that."

He said that in a way, the entire nation had been converted into a prison, with opposing voices being curbed.

"Along with Jaiprakash Narayan, many prominent leaders were jailed. Even the judiciary did not remain unaffected by the shadow of the Emergency. The media was completely rendered useless," the prime minister said.

He said the students of today's journalism and those working for democracy have been remembering "that black incident" as part of their continuous efforts to create awareness about democracy. "They should be doing so," Modi said.

At that time, Atal Bihari Vajpayee was also imprisoned and he had penned a poem during that period, he said and recited the couplets written by the BJP stalwart.

The imposition of the Emergency had evoked a nationwide outrage and a mass movement which forced Indira Gandhi to lift it in less than two years.

"The democracy lovers had fought a big battle and showed how democracy was engrained in the hearts of every citizen of the vast country. That was reflected through the elections.

That is our heritage and we have to strengthen that heritage," Modi said.