India   All India  25 May 2019  Want to make PMO efficient rather than effective, says PM Modi
India, All India

Prime Minister Narendra Modi thanked PMO for their support during his tenure. 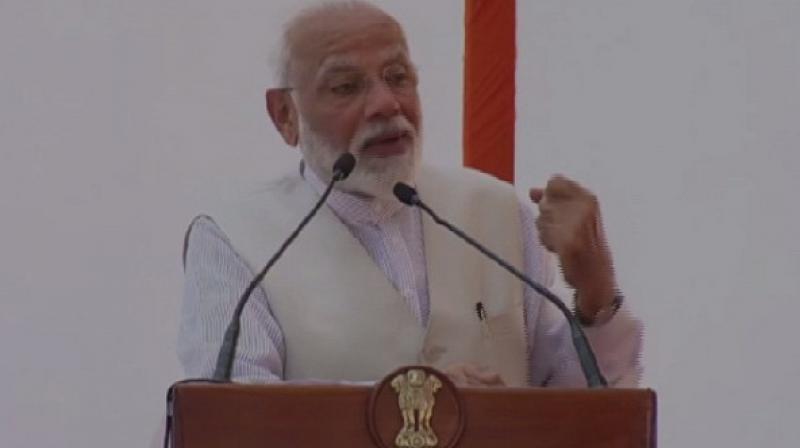 'The country and the whole world thinks a Prime Minister is successful but without a team, no good results can be obtained,' Modi said. (Photo: ANI)

New Delhi: Prime Minister Narendra Modi interacted with Prime Minister's Office (PMO) staff and thanked them for their support during his tenure, saying he wants to make PMO "efficient" rather than "effective."

During the interaction on Friday, Prime Minister Modi said, "My thoughts are to make PMO efficient rather than effective, as the efficiency speeds up the work process and improves the quality."

"I thank you for your support. The country and the whole world thinks a Prime Minister is successful but without a team, no good results can be obtained," Modi added.

Modi also praised the PMO, saying, "In last five years our aim was to build hope and bring about a change in common man's life. The credit for achieving this goal is given to me but I say the credit should go to my dedicated team as well."
"A Prime Minister can give a brief about the policies but to make a roadmap on them is the work of the PMO staff," he added.

"We have not diluted and diverted our aim in the last five years. Our workload has increased and the reason behind that was people's trust in us. But this load was not a burden, instead, it got transformed into positive energy," he further said.

Praising the PMO staff, Modi said, "The reason behind your success is that you have developed leadership within yourself. Now leadership has become a cumulative effect in PMO. We want multi-layered and multi-dimensional leadership qualities to increase cumulatively in our staff."

"At times you might have missed family gatherings, which is a huge sacrifice. I thank you and your family for this sacrifice," Modi said.