Besides Kranti Shirsath, four other Indians were aboard the missing Malaysian aircraft, MH-370. 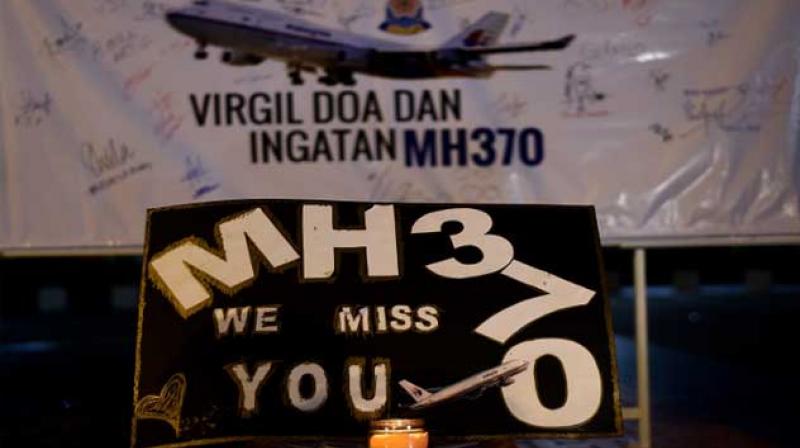 The 90-day search for MH370 by Ocean Infinity ended in April without any finding. It was extended till May 29 on the Malaysian government's request. (Photo: File/AFP)

Pune: The search for missing Malaysian Airlines, MH-370, is in its final week, Malaysian authorities have informed a Pune resident, whose wife was on the aircraft. The plane that went missing on March 8, 2014, had 239 people aboard.

"Today I received an email from the Malaysian government informing that the search operation is in the final week," Prahlad Shirsath, the husband of Kranti Shirsath, who was on the aircraft when it went missing, said.

Shirsath said he would not give up the hope that some news about the plane would surface one day. The plane was headed from Kuala Lumpur to Beijing when it went missing.

"We hope that Ocean Infinity would be able to find the aircraft. We will continue to engage the authorities to get more updates on this, including what happens next, and will keep you informed," the email added.

Besides Kranti Shirsath, four other Indians - Vinod Kolekar, Chetana Kolekar, Swanand Kolekar and Chandrika Sharma - were aboard the missing aircraft.

"Since the plane went missing four years ago, this is the fifth or sixth search operation to trace its remains. Every time it begins, we have new hope, which turns into despair eventually," Shirsath said.

He and the relatives of other missing passengers receive regular weekly updates from the Malaysian government about the search, he said.

"Even if the present search operation is likely to end on May 29, I am hopeful that someday, we will hear about the missing plane," he said.

The family has already received the death certificate of his wife from the Malaysian government, he said.

"We, the families of the missing passengers, still appeal to the Malaysian government to continue the search," he said.