India   All India  25 May 2017  Chopper with Maharashtra CM Fadnavis on board crash lands in Latur
India, All India

Chopper with Maharashtra CM Fadnavis on board crash lands in Latur

Our helicopter did meet with an accident in Latur but me and my team is absolutely safe, nothing to worry, Fadnavis tweeted. 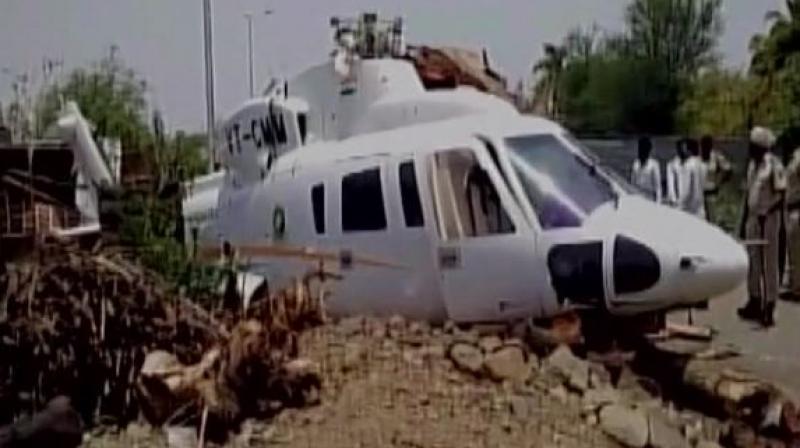 "Our helicopter did meet with an accident in Latur but me and my team is absolutely safe and ok. Nothing to worry," Fadnavis tweeted after the mishap.

A senior official of the DGCA (Directorate General of Civil Aviation) said it was an accident and the chopper suffered substantial damage.

Fadnavis had gone to Latur in Marathwada for the BJP's 'Shivar Samwad Sabha', a statewide campaign to reach out to farmers.

"I am safe. There was a minor accident involving the helicopter. People shouldn't believe in rumours," Fadnavis later told media persons.

The chopper developed a technical snag while taking off from the helipad at Nilanga where the chief minister had gone for an event.

"Nobody got hurt. My media advisor Ketan Pathak has suffered minor injuries. With the blessings of 11 crore people of Maharashtra, I am safe," he told reporters at Nilanga.

He added that the pilot too had not been injured seriously.

"This is a new helicopter. We will seek information from police on this incident," the chief minister said.

Recently, on a tour to Gadchiroli in Vidarbha region, his helicopter had suffered a technical snag, following which he had travel by road to Nagpur.