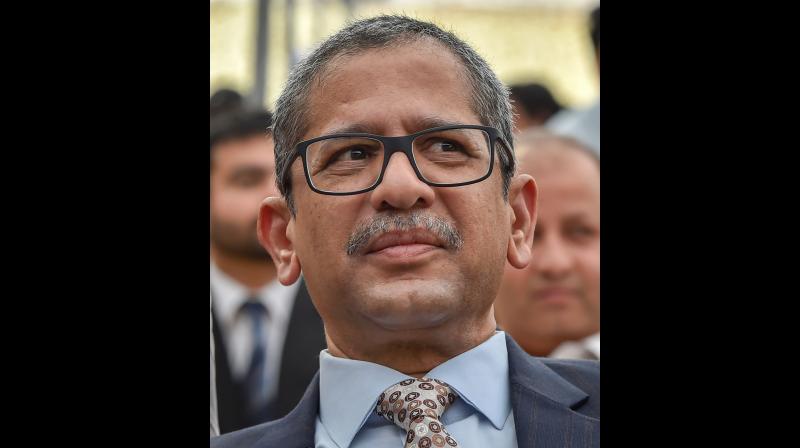 While recommending the appointment of Justice Ramana as next Chief Justice of India, the Supreme Court also rejected a complaint by Andhra Pradesh chief minister Y.S. Jagan Mohan Reddy against him relating to the Amaravati land scam.

A statement issued by the top court said, “A complaint dated 6th October, 2020, sent by the chief minister of Andhra Pradesh to the Supreme Court was dealt with under the 'in-house procedure' and the same, on due consideration, stands dismissed. It be noted that all the matters dealt with under the 'in-house procedure' being strictly confidential in nature, are not liable to be made public.”

Justice Ramana will be the second Telugu speaking Chief Justice of India.

Born in an agricultural family in undivided Andhra Pradesh on August 27, 1957, in Ponnavaram village, Krishna District, Justice Ramana did his B.Sc., B.L. and was enrolled as an advocate on February 10, 1983.

Prior to him Justice Koka Subba Rao, the 9th Chief Justice of India, was from Andhra Pradesh and was in office from June 30, 1966, to April 11, 1967. Justice Subba Rao did his graduation from Govt. College, Rajahmundry,  B.L. from Law College, Madras, and had practised in Madras High Court, 1926 onward. Though initially Justice Subba Rao was appointed as a judge of Madras High Court, he went on to become the Chief Justice of Andhra Pradesh High Court.

CJI Bobde recommended Justice Ramana as next Chief Justice of India going by the principle of seniority – the senior-most judge after the CJI succeeding the incumbent CJI upon his retirement.

He has participated in several national and international conferences held in India and abroad and submitted papers on various topics of
legal importance.