India   All India  25 Mar 2017  ‘Is this the beginning of a Hindu State’: Nariman questions Yogi’s appointment as UP CM
India, All India

‘Is this the beginning of a Hindu State’: Nariman questions Yogi’s appointment as UP CM

He asked Prime Minister Narendra Modi if Adityanath’s appointment as UP CM ‘is the beginning of a Hindu state'. 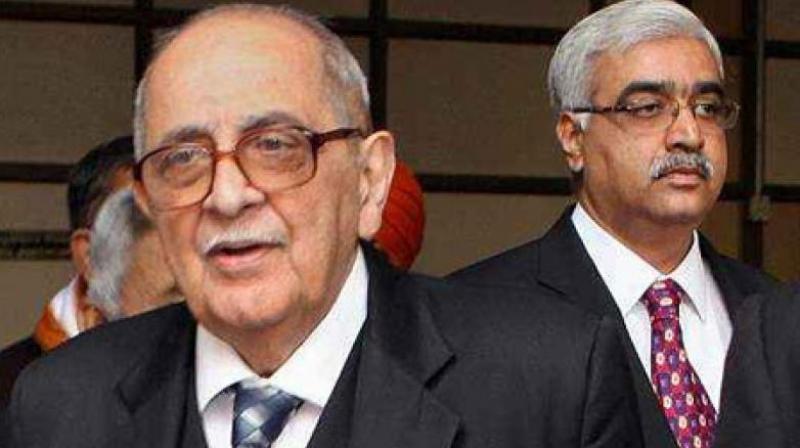 New Delhi: Eminent jurist Fali S Nariman on Saturday raised questions over the appointment of Aditya Nath Yogi as the Uttar Pradesh chief minister, asking Prime Minister Narendra Modi "if it is the beginning of a Hindu state".

Referring to the developments in UP after the polls, he said the Constitution is under "threat" and those who cannot see the motive behind appointment of Aditya Nath are either spokespersons of political parties or they must get their head and eyes examined.

"The prime minister may deny it but that is my assumption that appointing a particular person...as the chief minister is in itself an indication that he wishes to propogate a religious state," Nariman said in an interview to NDTV.

"Is this the beginning of a Hindu state, the prime minister must be asked so that the people know what they should be prepared for," he said.

Asked which citizens' rights does he worry about or are under threat, he said, "The Consitution is under threat. With the massive electoral victory in UP, a priest has been installed as the chief minister at the insistence of the prime minister... is a signal and if you cannot see then either you are the spokespersons of political parties or you must have your head or eyes examined."

Nariman, who lauded Modi for his remarkable and fantastic energy level, however, said he does not accept all policies of the prime minister.

"You must give it to the prime minister. He is quite forthright. He does not mince words and his energy is something remarkable and fantastic. I have never seen such a man. But I do not accept all the policies of the prime minister," he said.