Indian Embassy in Tokyo while giving the news said total number of Indians who are receiving treatment for COVID19 so far is 14. 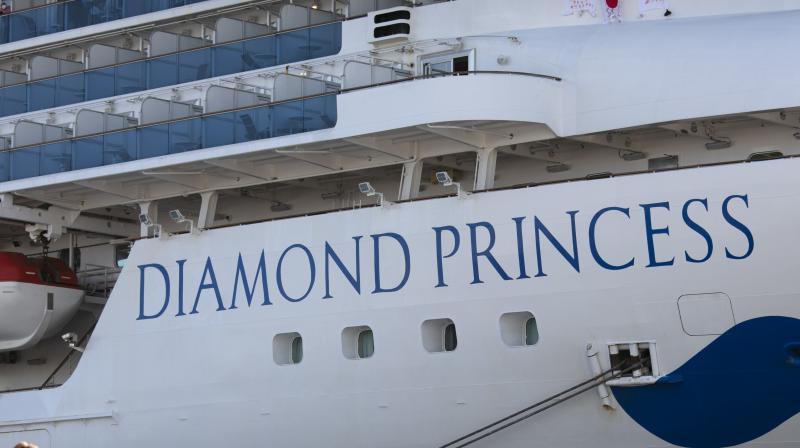 New Delhi: More bad news continues to come from Japan where two more Indian crew members on board Diamond Princess tested positive for novel coronavirus (COVID19) on Monday. Indian Embassy in Tokyo while giving the news said total number of Indians who are receiving treatment for COVID19 so far is 14.

“PCR test results announced today, from the samples collected earlier, included 02 Indian crew members, onboard Diamond Princess, testing positive for COVID?19. Total number of Indian crew members tested positive so far is 14 — responding well to treatment. IndianEmbTokyo hopes that the last groups of results expected to be announced tomorrow and day after will not have any more Indian nationals included in it, enabling the Embassy to further facilitate Indian nationals on board Diamond Princess,” the embassy tweeted.

Meanwhile, two more officials who were sent to the cruise ship to help with on-board efforts to contain the coronavirus have contracted the illness themselves, Japanese authorities said on Monday. The announcement came as experts warned the next one to three weeks would be “crucial” to preventing widespread infections as fears deepen that the isolation of the virus-stricken Diamond Princess has been ineffective.

A quarantine officer in his 50s and a health ministry official in his 40s tested positive and are in hospital Japan’s health ministry said. The new infections come after Japan on Sunday reported a third death among people who spent time on the ship — a man in his 80s who died from pneumonia.

Six officials linked to containment work on the boat have now tested positive, fuelling doubts about the effectiveness of the quarantine.

More than 690 ship passengers have so far fallen ill with the pathogen, and off the vessel Japan has confirmed over 140 cases across the country, including an elderly woman who died. At least 20 foreigners evacuated from the boat have tested positive after returning home.