Banerjee vowed to oust the 'dictatorial Narendra Modi government' from power in the upcoming general election. 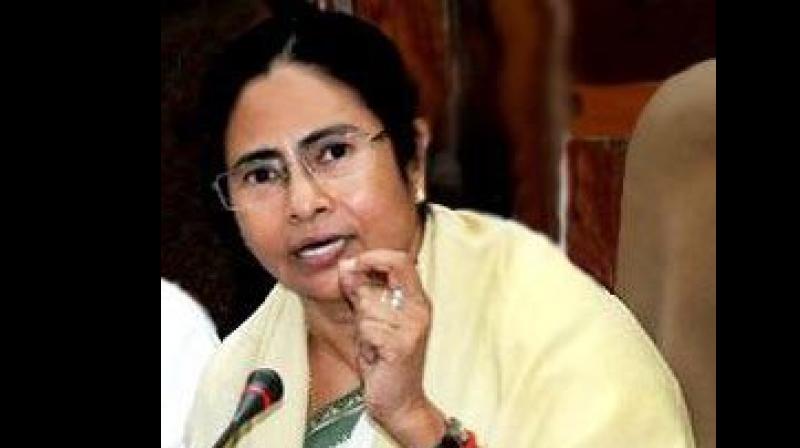 TMC president alleged that BJP wants to create a 'war hysteria' ahead of the Lok Sabha polls.' (Photo: Twitter)

Kolkata: West Bengal Chief Minister Mamata Banerjee Monday alleged that though the Modi government had intelligence inputs about the Pulwama attack, it did not take any step as it was more keen on "playing politics over the dead bodies of jawans".

Banerjee, while addressing the Trinamool Congress's extended core committee meeting here, vowed to oust the "dictatorial Narendra Modi government" from power in the upcoming general election. She claimed that her party Trinamool Congress(TMC) will win all the 42 Lok Sabha seats in West Bengal in the polls.

"The central government was aware that such an attack can take place, there were intelligence inputs. Then why didn't the government take action to protect our jawans. The government allowed them to die so that they can do politics over the dead body of jawans in the elections," Banerjee said.

They want to create a "war hysteria" ahead of the Lok Sabha polls, the TMC president alleged. The central government is functioning in a peculiar way and union ministers are not aware of important decisions, Banerjee claimed.

"This government is being run by two brothers (Prime Minister Narendra Modi and BJP president Amit Shah), who have blood of innocents on their hands," she said.

"Our party workers and cadre should be cautious as efforts are on to tamper EVMs (electronic voting machines) during the Lok Sabha polls. You all have to thwart those efforts," she said.

On February 14, 40 Central Reserve Police Force (CRPF) personnel were killed in Jammu and Kashmir after a Jaish-e-Mohammad militant rammed an explosive-laden vehicle into their bus in Pulwama district.