Assam hooch tragedy death toll rises to 127, over 200 in hospital

Maximum casualties were reported from Golaghat and Jorhat districts of the state. 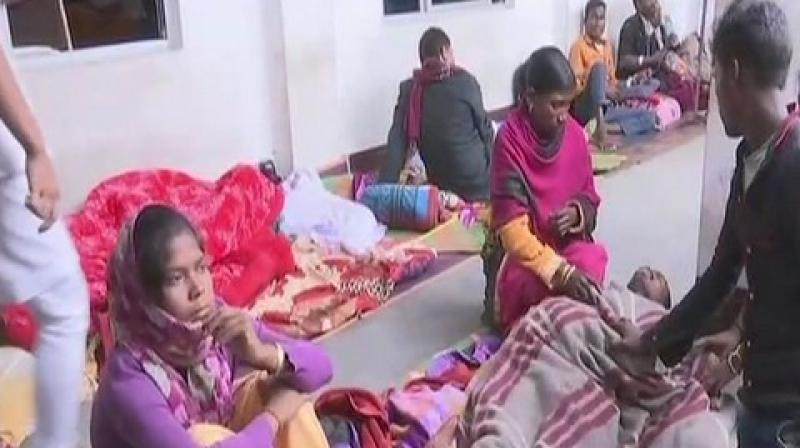 A large number of them fell ill after consuming spurious liquor on Thursday. (Photo: ANI)

Assam: The death toll in Assam's hooch tragedy climbed to 127 on Monday with another 200 people undergoing treatment in various hospitals across the state, officials said.

Maximum casualties were reported from Golaghat and Jorhat districts of the state.

Majority of the victims are poor labourers, working in the tea estates of Golaghat and Jorhat districts. A large number of them fell ill after consuming spurious liquor on Thursday. 12 of them had died the same night, triggering protests and outrage among the locals.

Chief Minister Sarbananda Sonowal, who visited the affected people at Jorhat Medical College Hospital (JMCH), has announced an ex-gratia of Rs 2 lakh to the next of kin of each of the deceased and Rs 50,000 to those who have fallen ill for treatment.

The Chief Minister has also assured the families of the victims that the guilty would be brought to book.