The python was brought to zoo from Madras Crocodile Bank Trust in 1992. 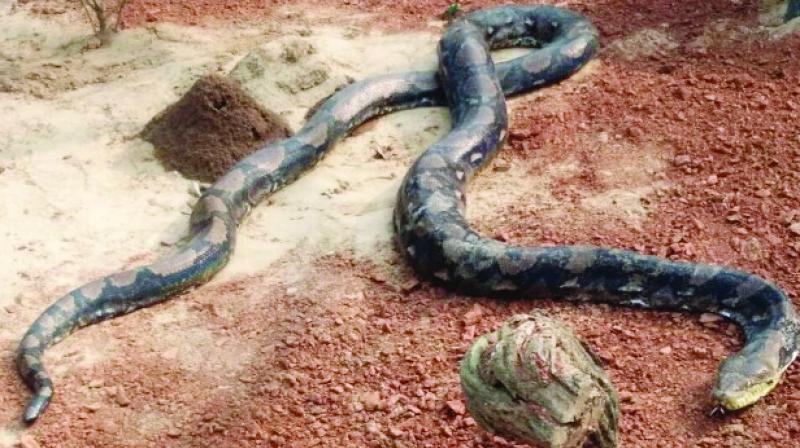 The 33-year-old female reptile, which was kept at enclosure number 51, was the central attraction of the zoo.

The 33-year-old female reptile, which was kept at enclosure number 51, was the central attraction of the zoo.

The python had almost left diet in the past one month. The 16.3-ft long reticulated python weighed around 31 kg when she died.

The autopsy report revealed that the python died after her stomach, heart and kidney failed to function due to old age.

Born in 1985, the net-like pattern reticulated python was brought to Nandankanan Zoological Park from Madras Crocodile Bank Trust in 1992. Usually, the life span of a snake of reticulated python species, which are spotted especially in Andaman and Nicobar Islands, is between 30 and 35 years.

A female reticulated python lays eggs between 70 and 80 per clutch. Such species of python is found very clever and tricky to hunt its targets.