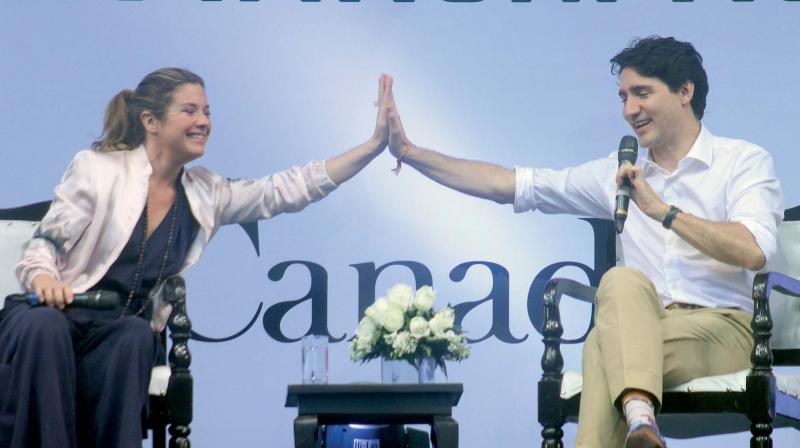 New Delhi: Reiterating the importance of diversity in India, Canadian Prime Minister Justin Trudeau on Saturday said that diversity is a key to resilience and success and creates new solutions and systems.

“Diversity, pluralism brings together different experiences, different background, and different stories,” the Canadian Prime Minister said, adding that it creates new solutions and systems, which are more multi-layered and do much better than “mono cultures,” he said.

He had earlier on February 21 in Mumbai said that India and Canada should lead the way in respecting diversity and that he has highlighted India’s pluralism to his three children.

On Saturday, he also laid emphasis on sustainable development and said a strong economy cannot be built unless the environment is protected. He said the G-7 meeting, to be held in Canada in June this year, will have two extra themes on “gender” and “oceans and plastic”.

The theme on “gender” will focus on empowerment of women, while “oceans and plastic” will discuss the menace of plastic, he said.

The G7 comprises Canada, the UK, the US, France, Italy, Germany, and Japan.

Pushing for empowerment of women, he said, “When we empower (them), women grow. This will help in shaping business communities and politics for the better.”

Mr Trudeau, who calls himself a feminist, has 50 per cent men and 50 per cent women in his Cabinet.

Responding to a student’s query on how does one enter politics, he said one of the most important things is to have the ability to mobilise people and make an impact on the community around them.

Responding to a question on whether he would like to invest in bitcoin, Mr Trudeau said he was “not convinced” about it.