UP polls: Varun Gandhi makes his presence felt in absence

The conversations show that the BJP member of Parliament is more relevant in his absence than in his presence. 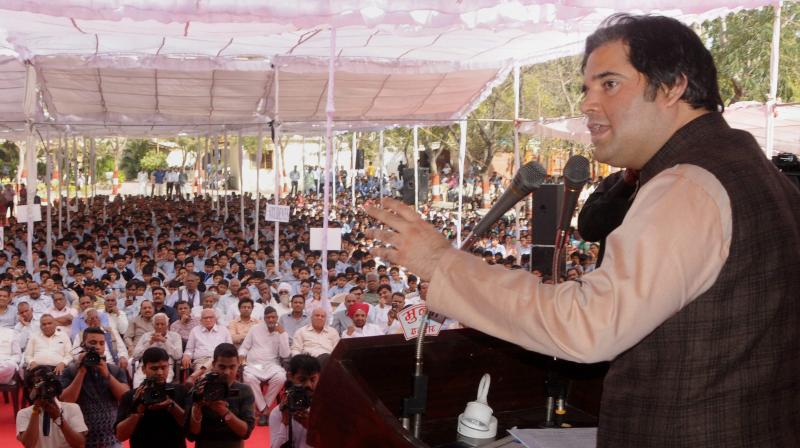 Sultanpur: A tiny roadside dhaba, known for its delicious rabri, is packed to capacity in morning with locals as well as journalists en route to Sultanpur. A chatter is on in between crunchy jalebis topped with generous helpings of rabri.

The dhaba is located in Isauli Assembly segment. The conversation veers toward “Monu Bhaiyya”, or Yash Bhadra Singh. His brother, “Sonu Bhaiyya” or Chandra Bhadra Singh, is a former member of legislative Assembly.

The brothers are supporters of Varun Gandhi, but were denied tickets by the Bharatiya Janata Party. Monu is now contesting on a Rashtriya Lok Dal ticket, but his loyalty to Mr Gandhi remains undiminished.

“They (brothers) had no option after the BJP turned them away. They failed to get a ticket only because they are with Varun Bhaiyya,” says Saket, a representative of a telecom firm. The conversation veers to the reasons that made Mr Gandhi stay away from his constituency in the Assembly elections.

“It is a fight for self-respect. The party first removed him as general secretary and deprived him of the charge of a state, and then dropped him from the list of star campaigners,” says Sujal Singh, a member of Varun Gandhi Youth Brigade.

The conversations show that the BJP member of Parliament is more relevant in his absence than in his presence. If people are talking about his absence from the campaign, they are also realising why he is not joining in.

In Bela Mohan village, people point to a row of bright yellow homes that Mr Gandhi presented to seven of the poorest families last year. He paid for the houses from his salary and partly form contributions made by people in Sultanpur.

Sabira Tabassum, whose son got one of the houses, says Mr Gandhi is being missed. “I may not vote for BJP, but I can lay down my life for our MP,” she says.

“He has given 30 homes so far and all the families are indebted to him. He is, perhaps, in the wrong party,” she adds.