The UP resident has lodged a police complaint against the State Bank of India. 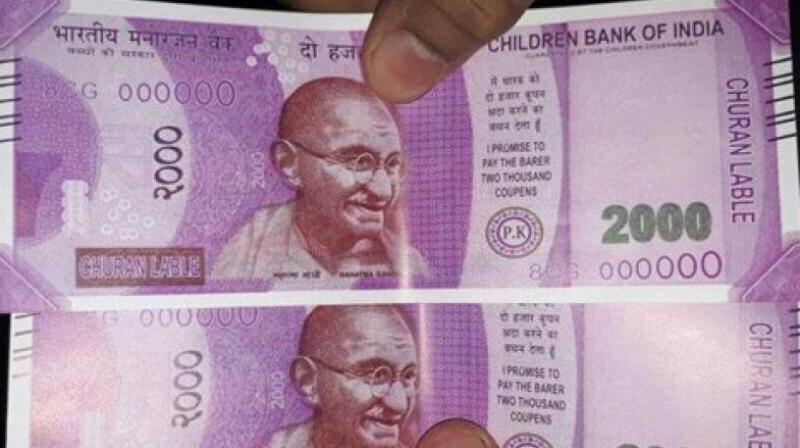 Earlier in the week, fake Rs 2000 notes were dispensed by an ATM in Delhi's Sangam Vihar. (Photo: Twitter)

Shahjahanpur:  An ATM of the State Bank of India is in news again for dispensing fake Rs 2,000 notes, this time in Uttar Pradesh. According to NDTV, a man has claimed that he received a scanned copy of the big note when he withdrew money from an ATM in Shahjahanpur.

The man has been identified as Puneet Gupta and the incident allegedly took place this Thursday. The ATM has dispensed five Rs. 2,000 notes and one of them was a fake note.

Outraged and shocked, Gupta went and complained to the bank and accused its officials of ‘conspiracy’. He even lodged a complaint against the bank at a police station and has demanded a probe into the incident.

Earlier this week, a customer care executive in Delhi too claimed he had been taken for a ride after the automatic teller machine run by the government-owned State Bank of India spilled out the fake bills on February 6.

Instead of the logo of India's central bank, the bills were marked 'Children Bank of India' and on the other side with a cheeky 'Entertainment Bank of India'.

A police officer was sent to the spot to verify the claims also received a fake 2,000-rupee note when he withdrew money from the ATM, Singh said.

The bills also showcased images of independence hero Mahatma Gandhi similar to the original notes but bore a 'PK' logo instead of the bank seal.

"I promise to pay the barer two thousand coupens," read the mis-spelt message on the note instead of the statutory pledge of the central bank.