Kansas gunman asked Indian victims about their visas before shooting

Madasani and Kuchibhotla had studied in the United States and were working in Kansas legally. 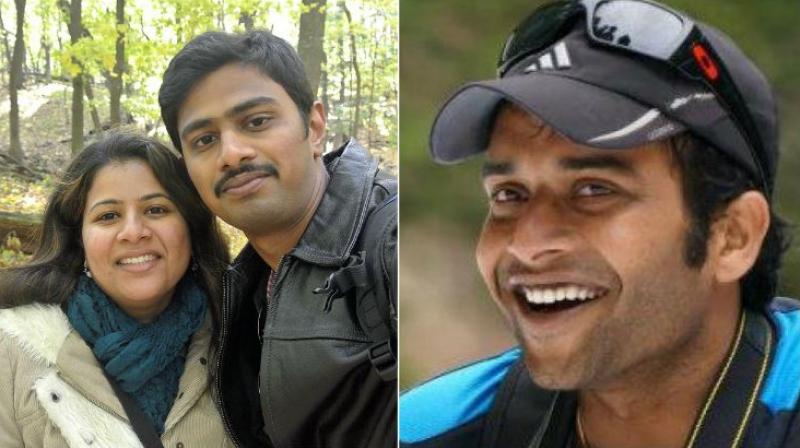 One of the two Indian engineers who survived the shooting at a bar in Olathe city, Kansas, this week has said the shooter had asked them about their visas before opening fire at them.

“He asked us what visa are we currently on and whether we are staying here illegally,” Alok Madasani told The New York Times.

“We didn’t react,” Madasani said, adding, “People do stupid things all the time. This guy took it to the next level”. Kuchibhotla and Madasani hailed from Hyderabad and Warangal respectively.

Kuchibhotla was killed when Adam W Purinton, a US Navy veteran, opened fire at them at Austins Bar and Grill in Olathe. A third person, an American man identified as Ian Grillot, 24, who tried to intervene, was also shot in the hand and the chest.

Madasani and Kuchibhotla had studied in the United States and were working in Kansas legally.

After Kuchibhotla’s death, his wife Sunayana Dumala said reports of bias in the US make minorities afraid as she questioned “do we belong here”.

Married about four years ago, Kuchibhotla and his wife were planning to have a baby this year.