India   All India  25 Feb 2017  Hindus must sport ‘bindi’ and ‘tilak’ in US for safety: Tapan Ghosh sparks row
India, All India

Hindus must sport ‘bindi’ and ‘tilak’ in US for safety: Tapan Ghosh sparks row

The Hindu Samhati president's statement comes on the backdrop of Kansas shooting that took place yesterday. 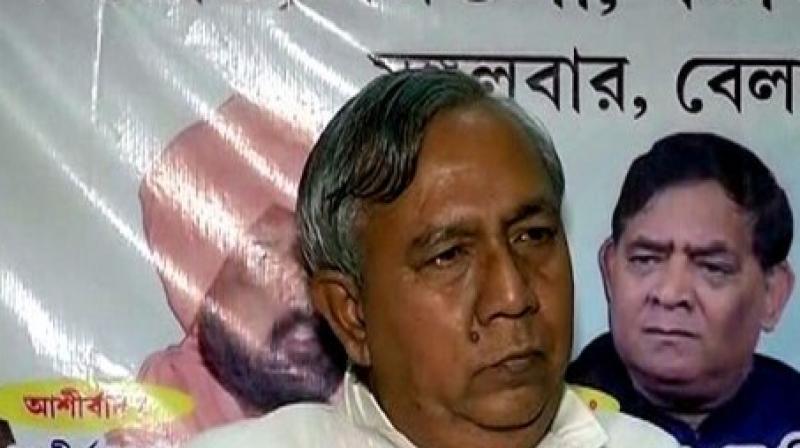 Kolkata: In what may spark a fresh controversy, Hindu Samhati president, Tapan Ghosh on Saturday said that women should wear 'bindi' and Hindu men should sport 'tilak' on their forehead to avoid incidents like Kansas shooting.

"I am not much interested about 'tika' and all but today due to radical Muslims, the atmosphere is volatile. To save oneself from this, one must wear 'tika' and 'bindi'. Although terrorism do not belongs to any particular religion, I want Hindus to be safe and secure," Ghosh told ANI.

Ghosh's statement comes on the backdrop of Kansas shooting that took place yesterday claiming the life of an Indian engineer and wounding another.

Two Indian engineers- Srinivas Kuchibhotla and Alok Madasani- were shot in a Kansas bar after the shooter hurled racial slurs at them.

Kuchibhotla was killed while Madasani was wounded, along with a 24-year-old man who had tried to apprehend the gunman.

The possible hate crime has raised new alarms about a climate of hostility toward foreigners in the United States, where President Donald Trump has made clamping down on immigration a central plank of his "America first" agenda.

However, the White House has attempted to downplay notions that there was any correlation between the incident and President Donald Trump's stance on immigrants.

Noting that the incident was tragic indeed, White House spokesperson Sean Spicer asserted that it was "absurd" to draw parallels between with the President's rhetoric.