Congress rejects reports of alliance with Shiv Sena in BMC

No party could get near the majority mark of 114 in the mayoral polls. 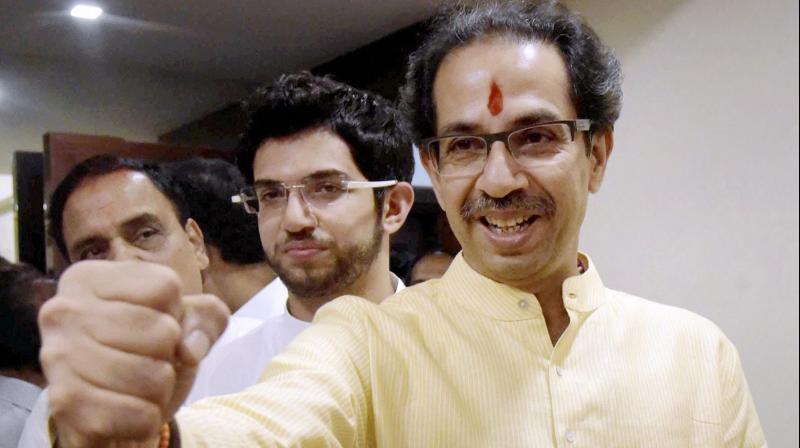 New Delhi: Clearing the air over the possible alliance between the Shiv Sena and the Congress in the Brihanmumbai Municipal Corporation (BMC), All India Congress Committee (AICC) General Secretary and former union minister Gurudas Kamat on Saturday refuted the possibility of an alliance between both the parties.

"I take strong objection to any discussion even of having any tie up or indirect support to the Shiv Sena in the BMC," said Kamat in a statement.

He further said that the Congress has fought against both the saffron parties all along for their divisive policies and people would not spare them if they even attempt to align with Shiv Sena.

Kamat also said that he had informed party vice president Rahul Gandhi of his opinion.

Speculation over Shiv Sena-Congress BMC pact has been rife as reports emerged that Sena (84 members) would team up with the Congress (31 members) to reach the majority mark of 114 in the 227-member civic body.

The Bharatiya Janata Party (BJP) won 82 of the council's 227 seats and eight out of the ten major municipalities, while the Shiv Sena at 84 is marginally ahead.

None of the parties could get near the majority mark of 114 in the mayoral polls.