“They were eating only poha all the time. Their strange eating habits made me suspect their nationality,” said Mr Vijayvargiya. 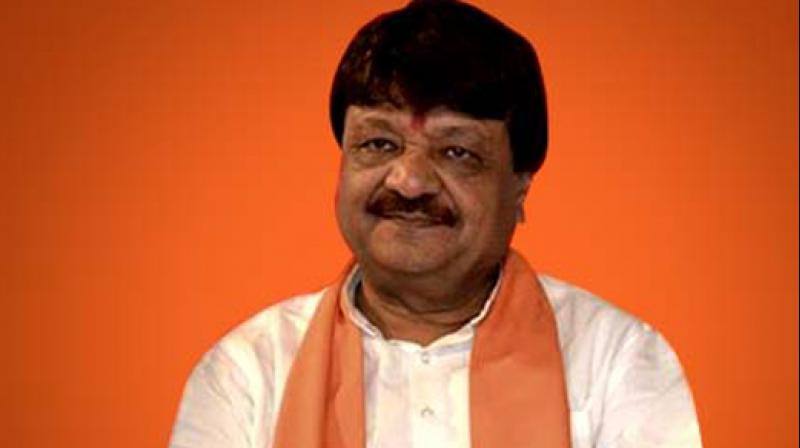 New Delhi: The modest “poha”, a breakfast staple of central and western India, is suddenly getting too much attention, thanks to a comment by Bharatiya Janata Party leader of Madhya Pradesh, Kailash Vijayvargiya, linking it to the food habits of “Bangladeshis” in order to identify them as illegal migrants.

Mr Vijayvargiya at a seminar held in support of the Citizenship Amendment Act (CAA) in Indore Thursday made a remark saying that he suspected labourers working in his house to be residents of Bangladesh since they ate a lot of poha.

“They were eating only poha all the time. Their strange eating habits made me suspect their nationality,” said Mr Vijayvargiya.

The BJP leader did not realise that his statement would soon work against him as #poha was trending throughout the day on Twitter generating interesting comments from netizens. Some of the tweeple also dug up a picture of Prime Minister Narendra Modi digging into a plate of the snack while others pointed out religious and mythological aspects of the delicacy.

“Sudama, the best childhood friend of Shree Krishna, had offered Krishna a pouch of poha when Krishna paid visit to him. The lord relished it and till today, poha is offered as prasad to Lord Krishna. How can they be Bangladeshi? Mr Vijayvargiya, at that time, there was no Bangladesh,” tweeted Niraj Bhatia of the Congress.

In fact, the Chhattisgarh Congress Twitter handle went on to say: “We are extremely sorry dear #Poha. You too have to show your documents (to prove you are Indian).”

While many posted pictures of the dish they ate with the garnish of “Indori nakeen”, many others tweeted pictures of former Prime Minister and popular BJP leader from Madhya Pradesh, Atal Bihari Vajpayee — eating poha while criticising Mr Vijayvargiya for connecting people’s religion and their nationality with their eating habits. Some termed poha the new “beef” and many said “Now poha eaters are anti-nationals.”

Mr Vijayvargiya, while addressing the seminar, also narrated how he grew suspicious of the food habits of the workers engaged by a contractor for the renovation of his house in Indore and how construction workers suddenly disappeared, reinforcing his suspicion about them. According to him, the contractor had hired some workers to renovate a room in his house. He, however, grew suspicious when he found that their staple diet was “poha” which is made of flattened rice and they communicated with each other in an incomprehensive language. He later found that they were Bangladeshi infiltrators. The workers curiously did not turn up when he queried them about their contractor.

Mr Vijayvargiya also indicated that he had been under surveillance by a Bangladeshi terrorist for the last one and a half years.

“I have never been escorted by security personnel even when I was a minister in the Madhya Pradesh government earlier. Now, I have to move around being escorted by half a dozen security men due to threat from terrorists,” he added.