India   All India  25 Jan 2019  Govt acting out of vendetta: Cong on CBI raid at Hooda residence
India, All India

Govt acting out of vendetta: Cong on CBI raid at Hooda residence

Cong warned officials of various agencies to be ready for accountability for working at the best of Modi to target his political opponents. 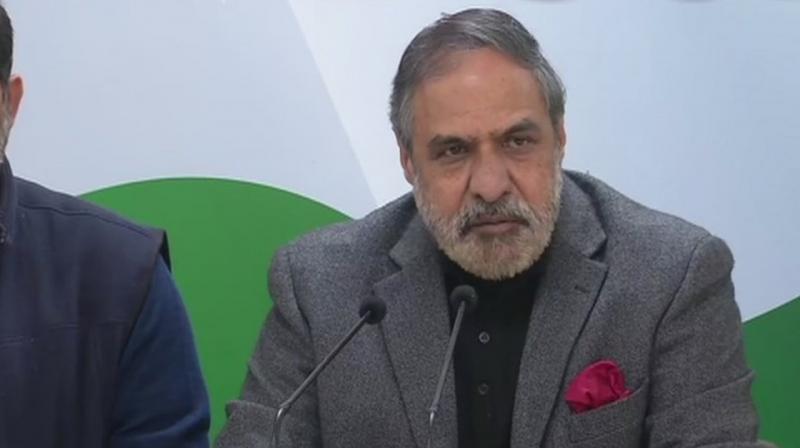 Sharma also said the "ill-will" in the mind of the prime minister and BJP chief Amit Shah is clear and the timing is also very clear. (Photo: ANI | Twitter)

New Delhi: The Congress on Friday hit out at the government over CBI raids at former Haryana Chief Minister Bhupinder Singh Hooda's residence and accused it of acting out of vendetta.

The party also warned officials of various agencies to be ready for accountability for working at the best of Prime Minister Narendra Modi to target his political opponents.

Senior spokesperson of the Congress Anand Sharma said such actions when the prime minister and the ruling dispensation "target its political opponents by using agencies against them are dangerous for democracy in our country".

"Prime Minister Narendra Modi has a mindset of targeting his political opponents by defaming them with the objective of muzzling the voice of the opposition and to tarnish the image of their tall leaders. We condemn in the strongest terms the action today in the form of raids on former Haryana chief minister Bhupinder Singh Hooda with the sole purpose of defaming him," he told reporters.

Sharma also said the "ill-will" in the mind of the prime minister and BJP chief Amit Shah is clear and the timing is also very clear.

"They are converting India into a police state," he alleged, adding that the prime minister has used probe agencies to target former chief ministers be it in Rajasthan or Uttar Pradesh. The senior Congress leader said democracies do not function like that and only fascist governments take such actions.

"We are warning all concerned not to exceed their brief or act above the law. All officials must hear this that governments do not have permanency and they keep changing....They will be held accountable and they will have to answer once the government changes," he said.

"It is certain that this government is rattled and prime minister is facing an imminent defeat and that is why such actions," the Congress leader said.

The Central Bureau of Investigation (CBI) has registered a new case against former Haryana chief minister Bhupinder Singh Hooda and others over alleged irregularities in land allocation in Gurgaon in 2009 and carried out searches at 20 locations in Delhi-NCR on Friday, officials said.

A team of officials from the agency arrived early morning at Hooda's residence in Rohtak in Haryana. The case is understood to be related to the alleged irregularities in land allotment in 2009, agency sources said.

The Congress is alleging that the action has come at a time just ahead of the January 28 Jind by-election. Sources close to Hooda said he was about to go to Jind for campaigning in favour of the party candidate Randeep Surjewala, when the CBI raided Hooda's residence in Rohtak.