Kejriwal said people involved in Wednesday's incident should be given, 'harsher than the punishment Lord Rama had given to Ravana'. 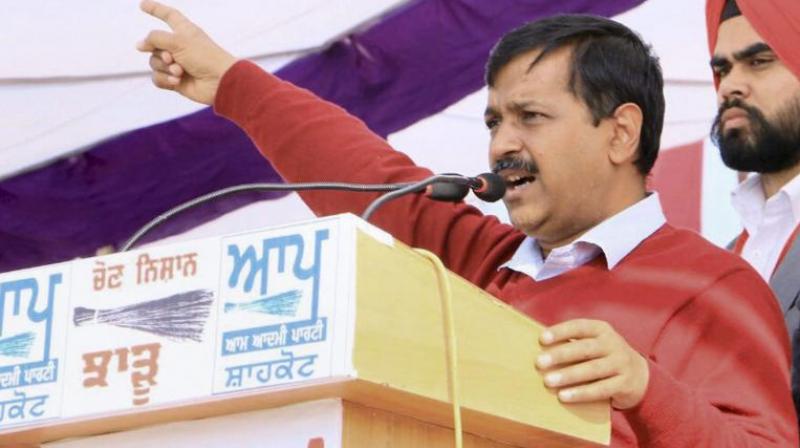 New Delhi: The forces that "killed Muslims and burnt Dalits" are now "intruding into our homes, coming after our children", Delhi Chief Minister Arvind Kejriwal said on Thursday, condemning the attack on a school bus by a mob protesting the release of 'Padmaavat' in Gurgaon.

Kejriwal said it was imperative to "speak up" against "divisive forces" as people cannot afford to remain silent anymore like "they were" when Muslims and Dalits were targeted in the country in the past.

"I appeal to everyone. We cannot afford to remain silent anymore. They killed Muslims, burnt Dalits alive, thrashed them. Today, they have started pelting our children with stones, have started intruding into our homes. Don't remain silent now, speak up," Kejriwal said.

The Delhi chief minister was speaking at a state-level event to celebrate Republic Day at north Delhi's Chhatrasal Stadium in New Delhi.

In the nearly 40-minute-long speech, marked by a combative tone, Kejriwal said it was a matter of "shame" that school children were pelted with stones a few kilometres away from the national capital ahead of the Republic Day.

Kejriwal said people involved in Wednesday's incident should be given strong punishments, "harsher than the punishment Lord Rama had given to Ravana".

"It is the land of Rama, Krishna, Gautam Budhha, Mahavira, Guru Nanak, Kabir and Meera, followers of Prophet Mohammad and Jesus Christ. I want to ask were the people who hurled stones Hindus, Muslims or Christians? Which religion preaches violence against children? "I am raising this issue ahead of Republic Day with a heavy heart as I love my nation. I cannot see such violence in the country. People here love their country and want peace and love. I request the powers at the Centre (Hukum marano), please spare us," he said.