Union minister Suresh Prabhu added that there is also an idea of developing ease of living index in India. 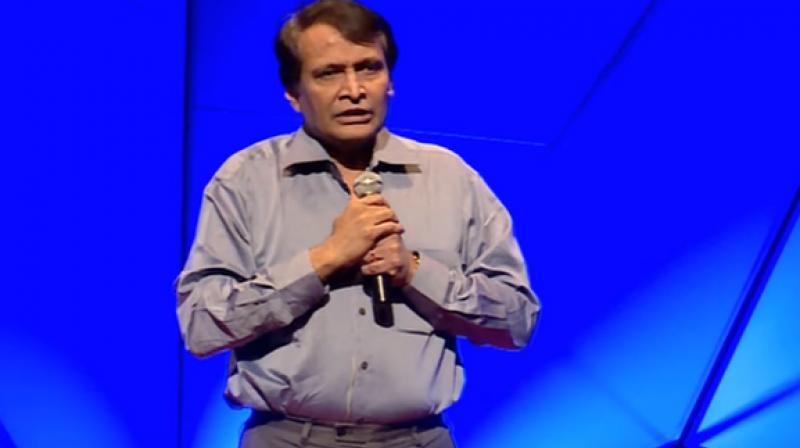 Participating in a session on 'India's Role in the World', Prabhu also added that fruits of growth should reach everybody. (Photo: File)

Davos/ New Delhi: The Indian government does not discriminate on the basis of religion and believes that all citizens should enjoy equal rights, Union minister Suresh Prabhu said at the World Economic Forum (WEF) summit.

Participating in a session on 'India's Role in the World', he also added that fruits of growth should reach everybody and said that if the government was against a particular community, then why should it have brought the triple talaq bill.

"If we were against the Muslims, we would not have thought of bringing a triple talaq bill to Parliament. If you talk about Muslims, say 14 per cent (of population), then 7 per cent are women. If we were against a community, then why would we bring bills like this to protect a woman even at the expense of alienating maybe a sizeable population?”

"We do not believe that we should use a religion at the time of elections to make sure that one particular class of people would vote for us," he said on Wednesday.

To a query by Fareed Zakaria, who was moderating the session, on whether it is a fair criticism that in search of electoral advantage, BJP has marginalised Indian Muslims, Prabhu replied, "I would say that this is the first government which does not discriminate on the population on the basis of their religion".

"We strongly believe that all citizens of India enjoy equal rights and privileges. They should not be discriminated on the basis of religion," the commerce and industry minister said.

Prabhu also said there is also an idea of developing ease of living index in India.