According to the notice a specific brand of pan masala was being promoted in the reality show ‘India's Next Superstars’. 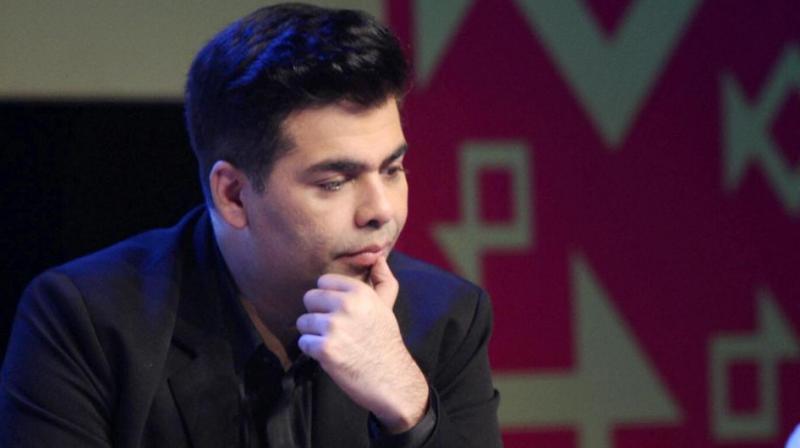 The Delhi government’s health department has issued showcause notice to Karan Johar's Dharma Production, distributors, judges and the owners of a private TV network for promoting Tobacco in a reality show. (Photo: PTI)

New Delhi: The Delhi government’s health department has issued showcause notice to Karan Johar's Dharma Production, distributors, judges and the owners of a private TV network for promoting tobacco in a reality show.

According to the notice a specific brand of pan masala was being promoted in the reality show "India's Next Superstars" which started airing a few days back and the department sought that such a promotion be stopped.

"We have come to know that a huge and strategic display/promotion of Tobacco/ Pan Masala Brand 'Kamla Pasand' is being carried out at Star Plus Television Channel in the Reality show 'India’s Next Superstars' being telecast through out India.

"This Promotion of Tobacco brand is a violation under sections 5 of COTPA 2003 as it is a surrogate advertisement of tobacco product Kamla Pasand Surti," Dr SK Arora, Additional Director (Health) said in the show cause notice. The notice mentioned that the organisers, producers, judges, distributors of this programme along with Star Plus TV Channel and Kamla Pasand Comnay and others have become party to this violation and likely to be punished as per COTPA 2003.

Dr Arora further added that Dharma Production and Karan Johar had been served notice earlier also under COTPA 2003 for promotion of smoking in advertisement campaign of ‘Ittefaque’ movie. Following a notice from the department, the smoking posters of ‘Ittefaque’ were removed later on.

"The participants and the viewers of this reality show are mainly youngsters who easily get attracted towards such advertisement strategy of tobacco industry. Therefore, it is essential to protect them. 90 per cent of oral cancers are mainly due to chewable tobacco and pan masala habits," Dr Arora said.

"In view of above, you are strictly instructed to immediately withdraw this brand promotion of tobaccos and pan masalas from this programme and all other places wherever promoted and also clarify your position within 10 days that why appropriate punitive action be not initiated against you and others as per the provisions under section 5 and section 22 of COTPA, 2003," the notice read.