If a daughter's honour is compromised, it only affects the village or the community, Yadav said. 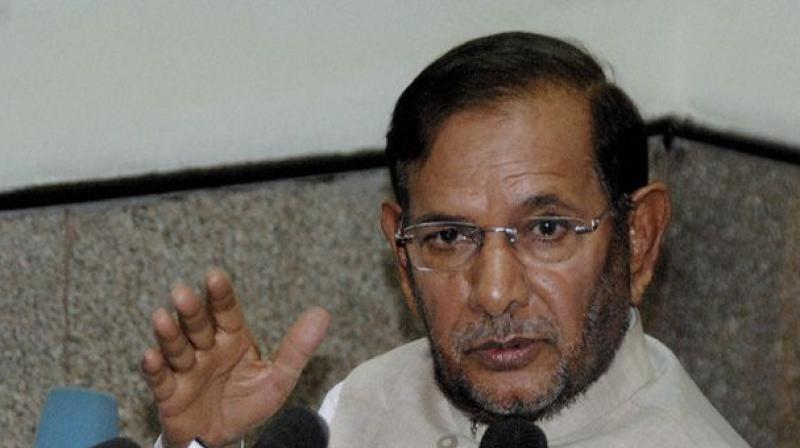 Patna: In a shocking sexist comment, Janata Dal (United) leader Sharad Yadav said the 'honour of vote is important than that of a daughter's', while addressing a gathering in Bihar.

The former National President of JD(U) was addressing a public gathering on Tuesday in Patna, when he raised many eyebrows by making the controversial remark.

The National Commission for Women (NCW) on Wednesday issued a notice to the leader Sharad Yadav for his derogatory statement on women.

Facing flak for his remarks, Yadav on Wednesday clarified that people should honour both their vote and their daughters in the same way.

"Vote aur beti ke prati prem aur mohabbat ek si honi chahiye (One must have equal love towards their and vote and their daughter)," he said.

This is not the first time that Sharad Yadav has made sexist comments. In the past, during the debate on the Insurance Bill in Rajya Sabha, Yadav had stated that, "The women of south are beautiful, their bodies...their skin ...They aren't made like this here. They know dance".

The leader had also described the proposal to raise foreign investment cap to 49 percent as a reflection of an obsession with fair skin. "Here people are awed by fair skin. In our matrimonials too we look for gori, gori (fair skin)," he had said.