India   All India  24 Dec 2021  No evidence of sacrilege in Kapurthala, FIR to be amended: Punjab CM
India, All India

No evidence of sacrilege in Kapurthala, FIR to be amended: Punjab CM 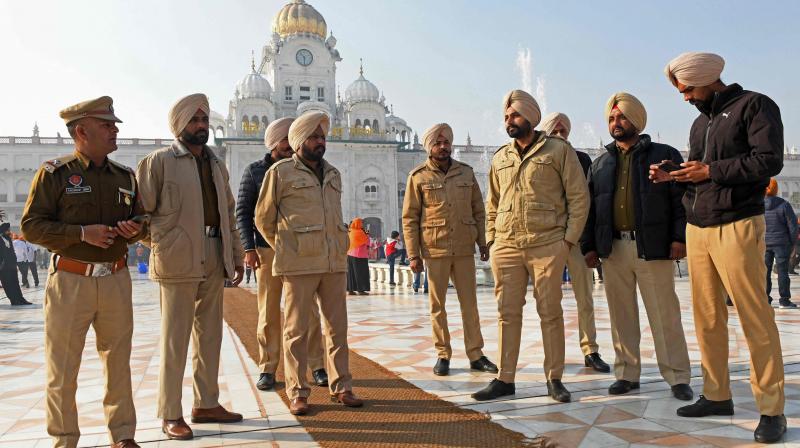 Policemen stand guard outside the Golden Temple in Amritsar on December 19, 2021, a day after a man was beaten to death for allegedly trying to commit an act of sacrilege at the holiest shrine of the Sikh faith. (Photo: AFP)

Chandigarh: Punjab Chief Minister Charanjit Singh Channi on Friday said that no evidence of sacrilege has been found in the Kapurthala case, wherein a man was lynched.

Channi also said that the FIR in the case will be amended and probed accordingly.

Addressing a press conference, Channi said, "In Kapurthala (killing of a man for alleged sacrilege), no evidence that sacrilege was done. The matter is being probed... FIR to be amended."

The postmortem of the unidentified man has revealed an attack with a sharp weapon.

"It has been revealed in the postmortem that he was attacked over with a sharp weapon leading to multiple injuries. There are over 30 sharp cut marks on the body including neck, head and hip," executive Senior Medical Officer (SMO) Dr Narinder Singh informed on Thursday.

"There is also a mark of inserting a sharp object into the chest," he added while also saying that the cut mark on the left side of his throat reveals that his breathing tube was cut.

"We have taken DNA samples for identification of the body," he added.
The last rites of the man were performed by the Municipal Corporation after the postmortem.

On December 19, an unidentified man was allegedly beaten to death by locals at Nizampur in Punjab's Kapurthala district for allegedly disrespecting the 'Nishan Sahib' at the village Gurudwara.

Meanwhile, Inspector-General, Jalandhar Range, GS Dhillon had said that as per investigations there was no visible sign of sacrilege and the police is investigating the allegations.

Videos of people beating up the man who allegedly attempted sacrilege have gone viral on the Internet.