Six women were among the eight killed in the accident at Rohtak-Rewari highway. 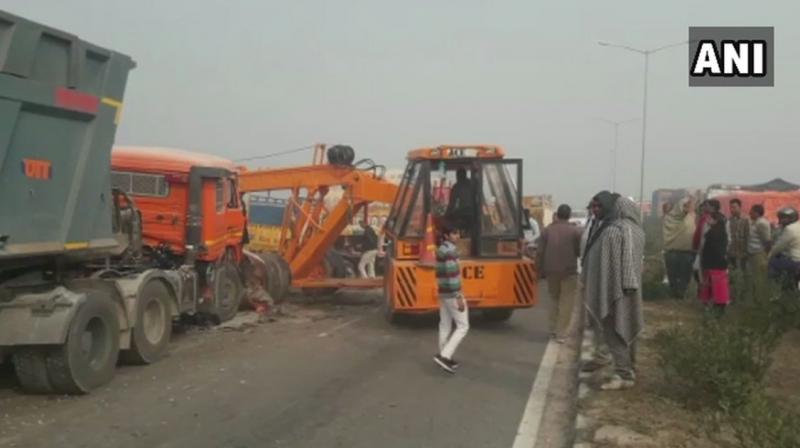 The accident took place on the Rohtak-Rewari highway. (Photo: ANI)

Rohtak: Eight people, including six women, were killed and many others injured after nearly 50 vehicle piled up on a highway in Haryana due to dense fog on Monday morning.

The accident took place on the Rohtak-Rewari highway. 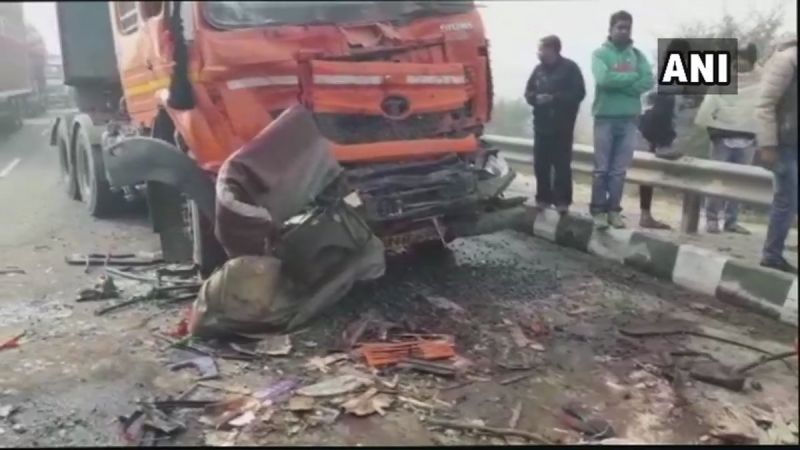 The reports said that an accident occured at Badli flyover near the highway after which a school bus, cars, and many other heavy vehicles piled up due to poor visibility.

After the incident around 2 kilometer stretch on the highway was blocked.

Haryana Minister OP Dhankar said compensation of Rs 2 lakh will be given to the kin of the deceased, Rs 1 lakh to those who sustained severe injury and Rs 50, 000 would be given to those with minor injuries.