Official sources says various aspects of defence relationship between the two nations were discussed with an aim to enhance the cooperation. 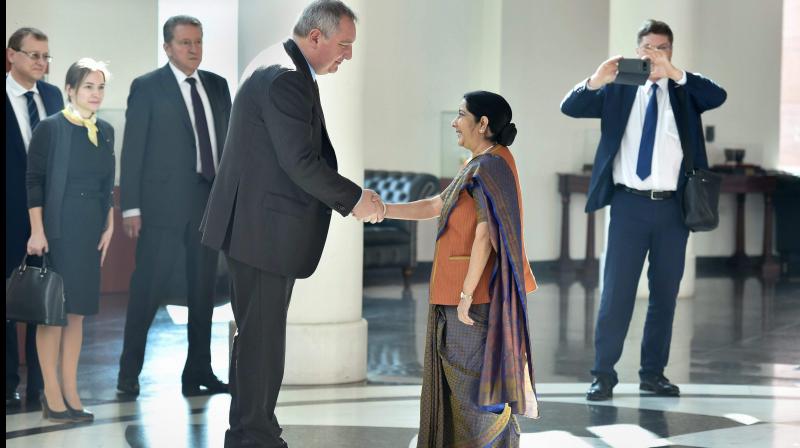 The wide-ranging talks with a focus on further boosting the bilateral defence and security ties through joint manufacture and co-development of key military platforms and weapon systems. (Photo: PTI)

Official sources said various aspects of the defence relationship between the two countries were discussed threadbare during the delegation-level talks with an aim to enhance the cooperation further.

Sitharaman apprised Rogozin about various policy initiatives taken by the government to encourage the domestic defence industry and added that Russian companies can take advantage of the reform measures and share defence technologies for manufacturing of military equipment and platforms.