Chief minister Mehbooba Mufti, in a statement issued in the winter capital, paid rich tributes to the Army Major and two jawans. 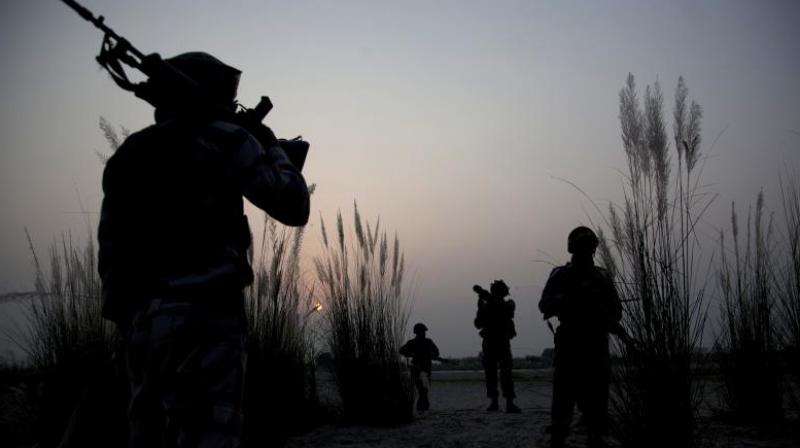 Srinagar: An Army officer, a Lance Naik and two jawans were killed and another jawan wounded in Pakistani firing along the Line of Control (LoC) in Jammu and Kashmir’s Rajouri district on Saturday.

The Army officials in Jammu said that the Pakistani troops resorted to “unprovoked” firing at a foot patrol of the 120-Infantry Brigade Battalion of the Army in the LoC’s Keri sector. “The firing started at 12.15 pm and continued for some time. It was sudden firing resorted to by the Pakistani troops without any reason or provocation from our side in violation of the November 2003 ceasefire understanding,” said a Nagrota (Jammu)-based defence spokesman. He added that the Indian troops retaliated to the Pakistani firing “strongly and effectively” and that “martyrdom of Indian Army soldiers will not go in vain”. The defence spokesman said that Major Moharkar Prafulla Ambadas, Lance Naik Gurmail Singh and jawan Pargat Singh were grievously injured during the ceasefire violation and succumbed to their injuries. “Two other personnel also sustained injuries and are under medical treatment,” he added.

It added, “Maj. Ambadas, Lance Naik Gurmail Singh and jawan Pargat Singh were brave and sincere soldiers. The nation will always remain indebted to them for their supreme sacrifice and devotion to duty.”

Chief minister Mehbooba Mufti, in a statement issued in the winter capital, paid rich tributes to the Army Major and two jawans. She conveyed her heartfelt sympathies to the families of slain soldiers.

Deputy chief minister Nirmal Singh, while paying tributes to the slain officer and jawans, said, “The sacrifices rendered by the martyrs would be remembered forever.”