He, however, gave his assent to the ordinance to amend the 50-year-old Act that was first enacted in 1968 after the 1965 India-Pakistan war. 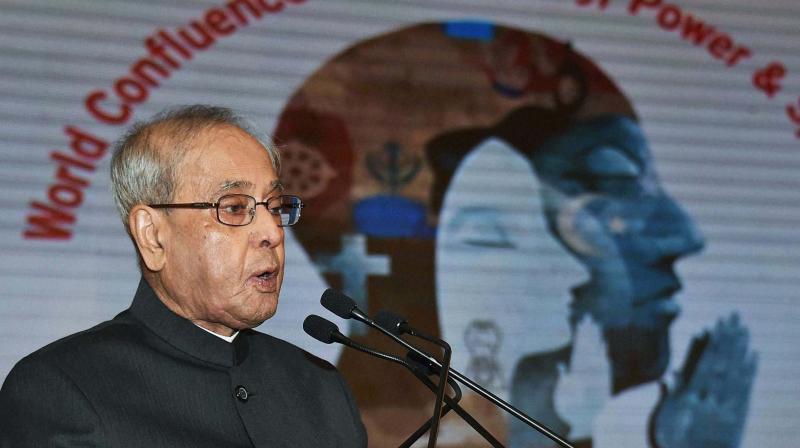 New Delhi: While President Pranab Mukherjee expressed displeasure, the Centre on Friday for the fifth time promulgated an ordinance to amend the 50-year-old Enemy Property Act, which guards against succession claims or transfer of properties left by people who migrated to Pakistan and China after wars.

Sources said that President Mukherjee, while giving his assent to the ordinance, had voiced his unhappiness over the fact that the government had to keep repromulgating it as Parliament could not function and the bill could not be passed. The Enemy Property (Amendment and Validation) Bill is pending in the Rajya Sabha and could not be taken up as the entire Winter Session was washed out due to protests over demonetisation.

The ordinance was repromulgated late on Thursday night. Issued for the first time on January 7, the Enemy Property (Amendment and Validation) Fifth Ordinance 2016 had earlier been promulgated four times. It was passed by the Lok Sabha on March 9 but was subsequently referred to a select committee of the Rajya Sabha.

“Enemy property” refers to any property that belongs to, or is held or managed on behalf of an enemy, an enemy subject or an enemy firm.    The government has vested these properties in the Custodian of Enemy Property for India, an office instituted under the Central government.

The Enemy Property Act was first enacted in 1968 after the 1965 India-Pakistan war.