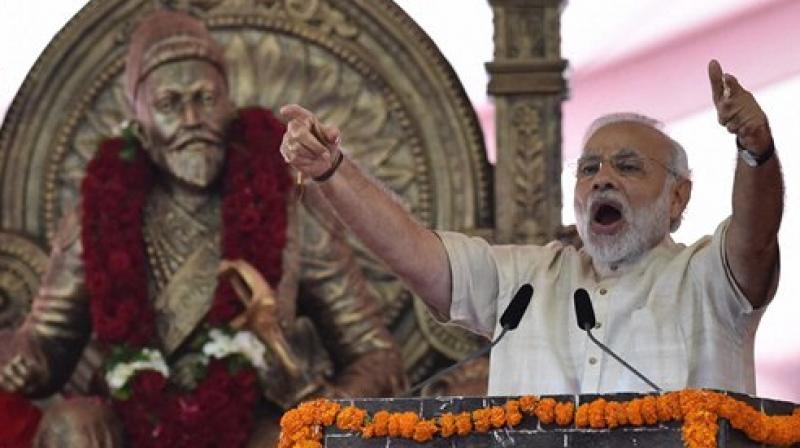 Mumbai: Prime Minister Narendra Modi on Saturday warned of ruin for the dishonest after the expiry of December 30 deadline for depositing scrapped currency and said they should not underestimate the mood of the country against corruption.

"Dishonest people, you should not underestimate the mood of 125 crore people. You will have to be afraid of it. Time has come for ruin of dishonest people. This is a cleanliness campaign," Modi said.

The Prime Minister was addressing a gathering at MMRDA ground in the Bandra Kurla Complex (BKC) here after laying foundation of various big ticket infrastructure projects.

"We took a big decision against black money and corruption on November 8 and 125 crore Indians endured pain but did not stop supporting me. I want to assure people of the country that this battle won't end till we win it," he said.

Hitting out at parties opposing demonetisation, he said, "This is not a simple battle. Those who have consumed malai (cream) did not leave any stone unturned to foil this (demonetisation)."

"The corrupt have made all efforts to defeat the decision (demonetisation). They even thought of managing bank officials to get their black money converted into white. And that's how many of them got caught," he said.

"I said there will be pain for 50 days (after demonetisation announcement)," he said, adding people are ready to bear the pain in the country's interest.