In the letter, Union Health Secretary Rajesh Bhushan stressed on maintaining high testing rates given the recent increase in travelling 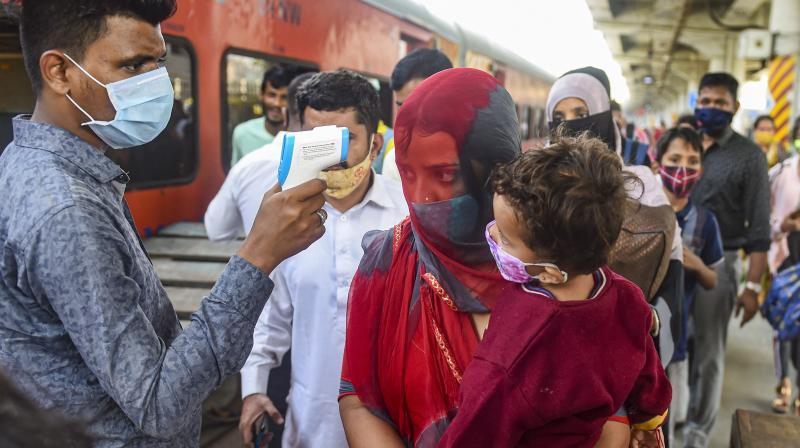 In a letter to Nagaland, Sikkim, Maharashtra, Kerala, Goa, Manipur, Meghalaya, Mizoram, Jammu and Kashmir, Punjab, Rajasthan, West Bengal and Ladakh, Union Health Secretary Rajesh Bhushan stressed on maintaining high testing rates given the recent increase in travelling due to events like marriages, festivals and vacations that have recently concluded or are underway.

"A decrease in testing would undermine the actual infection spread within the community," Bhushan said in the letter.

Also, with the onset of winter and increased pollution in some states, prevalence of ILI/SARI and respiratory distress symptoms should be closely monitored, with tests being conducted regularly for timely monitoring and clustering of cases for early hotspot identification, the official underlined.

"In the absence of sustained levels of sufficient testing, it is very difficult to determine the true level of infection spread in a geography. With a majority of countries seeing multiple surges in Covid cases in recent times and a few developed countries facing even fourth and fifth waves despite high levels of Covid vaccination, there is a need for continued vigil given the unpredictable and contagious nature of the disease.

"Hence, all efforts must be implemented to preserve the gains made so far and to prevent deterioration of COVID-19 scenario across the country," the secretary said.

All the 13 states and UTs have been given the same advice though each letter mentions state-specific testing details of particular districts and positivity rates.