India   All India  24 Nov 2019  Sumatran rhino now extinct in Malaysia after last one dies of cancer
India, All India

Only a handful of the creatures remain in the wilds of Indonesia. 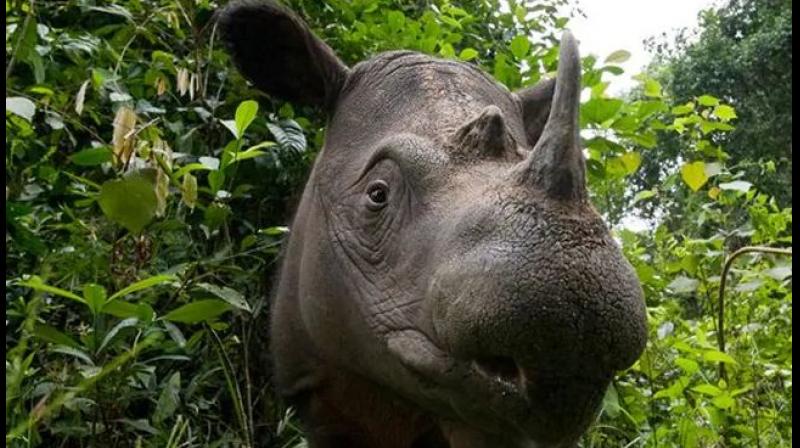 Once found as far away as eastern India and throughout Malaysia, the Sumatran rhino has been almost wiped out, with fewer than 80 left anywhere, according to the World Wildlife Fund.

Only a handful of the creatures remain in the wilds of Indonesia.

"She was starting to suffer significant pain from the growing pressure of the tumours," Tuuga said.

"I think we can confirm that the Sumatran rhino is now extinct in Malaysia," he added.

Malaysia's last male Sumatran rhino died in May this year. Tam also had lived in the same nature reserve with Iman on Borneo island in Malaysia's Sabah state.

John Payne, executive director of Borneo Rhino Alliance said the Sumatran rhinos have been hard hit by factors including changes in climate, vegetation and hunting for traditional Chinese medicine.