The MLAs are being moved to hotelsto avoid poaching attempts from the BJP. 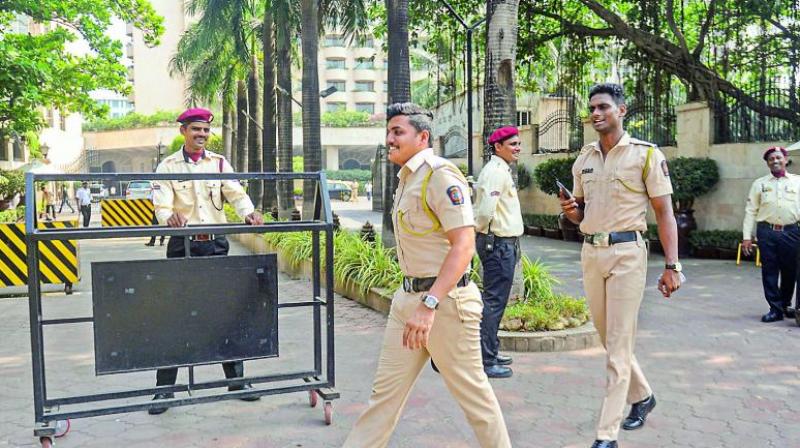 According to Congress and Sena sources, keeping their MLAs together would be crucial to defeating the BJP in a floor test that may be held by November 30. (Photo: File | AP)

Mumbai: As political parties huddle in Maharashtra the Congress, Shiv Sena and NCP have moved their MLAs to hotels in Mumbai to avoid poaching attempts from the Bhartiya Janata Party (BJP).

On Sunday, Congress MLAs were shifted to JW Marriott Hotel in Andheri, Mumbai. The Shiv Sena has moved 55 of its 56 MLAs to Lalit Hotel in the same area. According to an IANS report, they have also been ordered to surrender their mobile phones.

According to Congress and Sena sources, keeping their MLAs together would be crucial to defeating the BJP in a floor test that may be held by November 30, NDTV reported.

Maharashtra government will not be represented by anyone in the Supreme Court today when the apex court will hear a joint plea of Shiv Sena, NCP and Congress against the decision of Maharashtra Governor to invite BJP's Devendra Fadnavis to form the government in the state, said sources.

Sources informed that since Maharashtra government has not been given any notice by the Supreme Court it has decided not to have its representation in the court.

However, the Standing Counsel of the Maharashtra government has been asked to remain on 'standby' and adequately represent the government in case the court asks for or if needed.

Attorney General of India, KK Venugopal is likely to appear for the Raj Bhavan while senior counsel Mukul Rohatgi is likely to represent BJP in the Supreme Court.

The petitioners - Shiv Sena, NCP and Congress - have requested the Supreme Court to order a floor test to be held on Sunday itself.

Senior Congress leader and advocate Kapil Sibal will appear in the court on behalf of the petitioners. The matter is to be heard in the SC today.

After a prolonged uncertainty over the government formation that lasted for nearly a month, Devendra Fadnavis on Saturday morning took oath for the second consecutive term as the state Chief Minister, while Ajit Pawar took oath as deputy chief minister.