The meeting was called in view of the floor test at BJP headquarters. 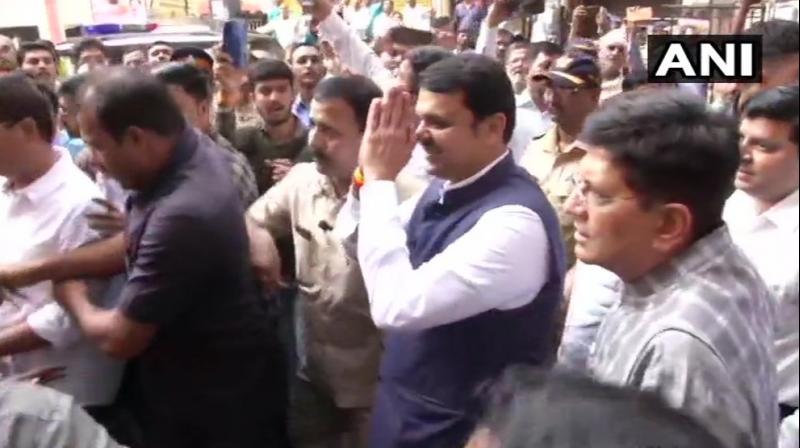 The Governor will call a session where MLAs will be sworn in and a floor test will be conducted. (Photo: Twitter | ANI)

Speaking to ANI, BJP legislator Ram Kadam said the party has no dearth of MLAs. "We have required numbers of MLAs," he said.

The BJP leader said the meeting was called in view of the floor test.

"The Governor will call a session where MLAs will be sworn in and a floor test will be conducted," said Kadam.

The legislators' meet came hours after the Supreme Court asked Chief Minister Devendra Fadnavis, his deputy Ajit Pawar and the Centre to produce relevant documents and letters of support from MLAs by 10 am on Monday.

Earlier today, Congress leader Randeep Singh Surjewala said that Congress-NCP-Shiv Sena alliance has "full-majority" in Maharashtra and accused the BJP of running away from the floor test.

"The Maharashtra government is illegal and was formed overnight by the Governor," he added.

Fadnavis took oath for the second consecutive term as the state Chief Minister, while Ajit Pawar of NCP as his Deputy Chief Minister at the Raj Bhavan.

NCP on Saturday moved 44 MLAs to the Renaissance Hotel here on Saturday. The BJP won 105 seats in the 288-member assembly followed by Shiv Sena 56, NCP 54 and Congress 44.