The “Pune man” thus began the master-plan for the midnight coup that India woke up to on Saturday morning. 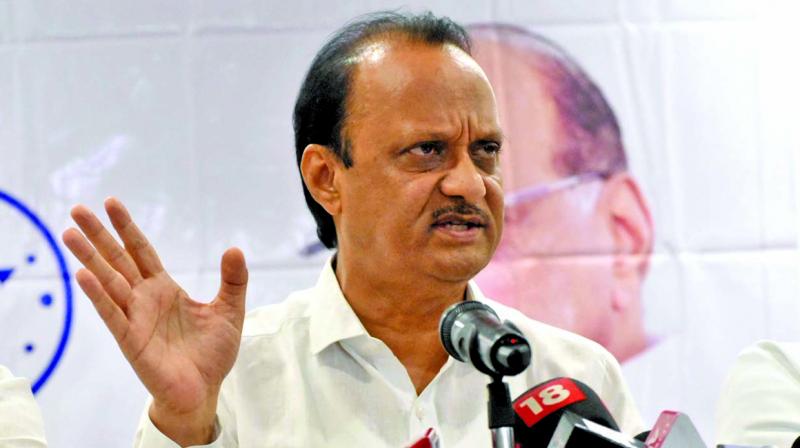 New Delhi: A few days after November 8, when Devendra Fadnavis resigned as chief minister, a saffron leader in Pune swung into action. The “man from Pune” close to the BJP high command in Maharashtra and to Ajit Pawar, made a call to the latter and began clandestine negotiations to form a BJP-Ajit Pawar government. BJP had identified Ajit Pawar as the “weak link” which “with a little pressure was likely to snap.”

The “Pune man” thus began the master-plan for the midnight coup that India woke up to on Saturday morning.

The main hurdle was uncle Sharad Pawar, who had begun a covert dialogue with the Shiv Sena. The second and the trickier issue was winning over NCP MLAs and splitting the party.

The “Pune man” and Ajit Pawar began tapping the MLAs individually. What worked to Ajit’s advantage was that he was already the leader of NCP’s legislative party and was a grass-roots leader.

Sources disclosed that Ajit Pawar was also “entrusted” with the task of derailing and delaying the NCP-Congress talks.

The issue that riled Ajit Pawar was the NCP-Congress’ decision to freeze the chief minister’s berth for the Shiv Sena for five years. Ajit Pawar wanted the post on a rotational basis.

Sources revealed that as the meetings between Sena-NCP and Congress gained momentum, the BJP central leadership got in touch with Ajit. It was at the RSS’ behest that Union minister Nitin Gadkari got into the game and tapped Ajit Pawar.

A senior saffron leader revealed that the BJP decided to up its game when the meeting between Sharad Pawar and Prime Minister Narendra Modi on November 19 “did not go along expected lines.”

There is speculation that Sharad Pawar had “politely turned down” the BJP high command’s “request” for support.

A day before the Grand Alliance was expected to stake claim, Bhupinder Yadav rushed to Mumbai and the rest is history. Only six top saffron leaders other than Ajit Pawar were aware of the game being played: the PM, Amit Shah, RSS chief Mohan Bhagwat, Yadav and Gadkari. BJP chief J.P. Nadda was reportedly told of the Maharashtra developments earlier this week.

An ambitious Ajit Pawar was believed to be “jittery” that his future as the NCP heir apparent was dashed when Sharad Pawar's daughter Supriya Sule entered politics.

He was further anxious when NCP chief's grandnephew Rohit Pawar entered politics and began to rise in the organisation. Before the Assembly polls he again enacted a resignation drama and quit as Baramati MLA, upset with Rohit’s debut.

In the end, Ajit Pawar could well join the line of scorned nephews in Indian politics -Harish Rao in Telangana Rashtra Samiti, Raj Thackeray in Maharashtra, the Marans in Tamil Nadu, Manpreet Badal in Punjab. Or Maharashtra could be witnessing the rise of a new Pawar.