In the context of the demonetisation and GST reforms, surely certain things could have been done a little better with some more preparation. 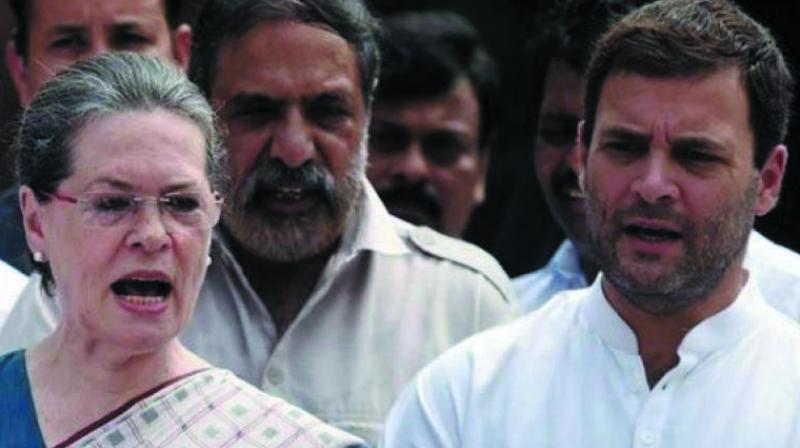 Former finance minister P. Chidambaram recently remarked that his only regret in life is that he was never a finance minister in a government with absolute majority. He was talking to the businessmen, gathered at the Gujarat Chamber of Commerce and Industry, that the kind of majority the BJP-led NDA government has any kind of reform is possible. He was also suggesting that if his government had such a massive majority, he as the finance minister could have done better.

Yes, Mr Chidambaram is completely right. An absolute majority in Parliament is a necessary condition to carry out bold policy reforms such as the demonetisation and the implementation of the Goods and Services Tax (GST). But the absolute majority by itself is not a sufficient condition for such bold reforms. Along with the absolute majority, one needs grit, guts and gumption. For such bold moves require dealing with entrenched vested interest which is not easy. It requires guts to take on the big and the mighty who may have actually contributed to the party’s win at hustings.

It takes grit, guts and gumption also to pursue bold moves that are politically risky. For such bold moves thrust immediate hardships whereas their potential benefits accrue much later, beyond the tenure of a government pursuing it. Further, those benefits are not a done deal. They have to be worked upon through a series of follow-up measures as is currently being done by further tightening the noose on black money as well as tweaking with GST rules.

Even as the hardships of the tough economic reforms are still being experienced by the public while the promised benefits are yet to show up, we have a situation where Prime Minister Narendra Modi’s popularity among the public has remained undented. A survey by a think tank Pew shows that nine out of every 10 Indians favour Mr Modi. What could explain this?

Well this takes us to the third factor — trust of the public — in addition to absolute majority and grit, guts and gumption. Mr Modi continues to enjoy enormous trust among the public. This trust is earned not by a few reforms here and there. Rather the trust is the interplay of several factors: his clean intentions; his leadership skills; his vision for new India; his knowledge, interests and sensitivity towards wide-ranging development challenges, his performance in the international arena and so forth. And Mr Modi’s popularity doesn’t remain confined to India alone but extends at the world stage too.

When the ruling party has an absolute majority, and is headed by a strong leader who enjoys enormous trust of the public, the role of the Opposition becomes that much more difficult. The conventional strategy of criticising every move of the ruling party or finding fault in everything that the government does will not work if the Opposition party is to take some sheen away from the ruling party. For example, finding fault with India’s significant climb in the ease of doing business index or with the upgrading of India’s rating by the international rating agency or misleading the general public by promising a single GST rate if voted to power is not the way out. Forget about experts, even an average voter can reason out why a single GST rate is impractical in a foreseeable future. The Opposition cannot hope to win the trust of the people by playing “juvenile” politics.

When the ruling party already poses a formidable challenge, the Opposition has to be much more effective not just in rhetoric but also in substance, than it currently is. For effective Opposition, one needs to pursue a sophisticated and progressive strategy that anticipates moves and counter-moves.

In the context of the demonetisation and GST reforms, surely certain things could have been done a little better with some more preparation. But more preparation means more time, and more time means delaying the reforms which also has associated costs — let the perfect not be the enemy of the good!

Given the very nature of these reforms, some problems were bound to happen, regardless of how much preparation is done and regardless of who introduced those reforms. It’s not for nothing that these bold moves are termed “disruptive” reforms. An effective Opposition required being a step ahead of the ruling party by showing the way to the latter for improved implementation and building on the same. Further, an effective Opposition requires complimenting the government on good decisions and also asking for much more of those and raising public expectations from the government.

After all aspiring to come to power with absolute majority does require establishing credibility in winning the hearts and minds of the masses.

Surely the Opposition wouldn’t want to wait for the Modi government to get assailed by corruption allegations as warned by Mr Chidambaram recently. Though capitalising on the weakness of the ruling party would be an essential part in a larger, holistic Opposition strategy.

The writer is a development economist, formerly with the Bill & Melinda Gates Foundation and the World Bank.