Abhishek Verma is witness in the case pertaining to killing of 3 Sikhs a day after the assassination of then Prime Minister Indira Gandhi. 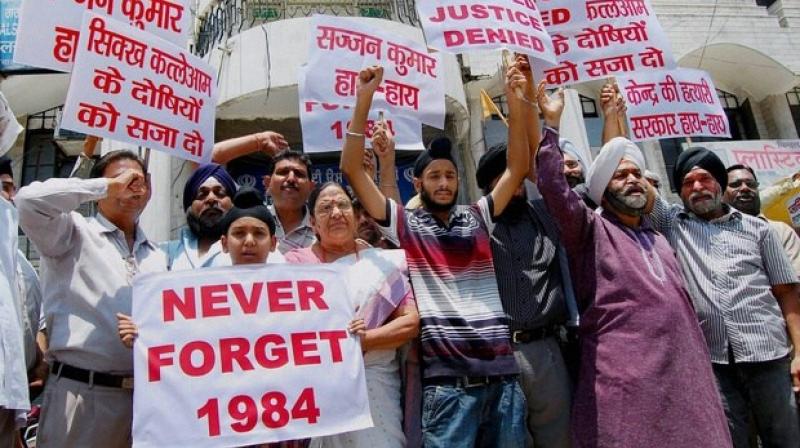 Verma also received a death threat e-mail that threatened to 'roast and eat the meat' of his family if he did not drop the polygraph test. (Photo: PTI)

New Delhi: Controversial arms dealer Abhishek Verma, a witness in the 1984 anti-Sikh riots case, on Friday claimed that a Central Bureau of Investigation (CBI) Investigating Officer (IO) informed him that the polygraphic test scheduled on November 27 to 30 stands cancelled as the machine was found broken or faulty.

Verma said that the CBI officer had informed him this afternoon that the test will not be taking place as scheduled as the polygraphic machine was found to be broken or faulty.

New dates for the test would be fixed only after the machine is repaired.

The polygraphic machine is a US manufactured one and Forensic Science Laboratory (FSL) would try to get it repaired at the earliest.

Meanwhile, the IO has also informed the Court Commissioner, B S Joon, and cancelled the cardiologist for the scheduled dates.

On October 30, a Delhi Court appointed advocate Joon as the Court Commissioner to observe the lie detector test of Verma.

Verma had filed a writ complaint with Delhi Police on October 29, requesting them to enhance police protection following a death threat e-mail.

He had filed a complaint in Mehrauli police station.

"I am an important witness in 1984 Anti-Sikh riots case titled CBI versus Jagdish Tytler and have been granted three PSOs for round the clock security through the offices of DCP South, as per the orders of Hon'ble High Court of Delhi and Hon'ble ACMM Karkardooma Courts. I received an extremely dirty and threatening email on our company's general email address," the complaint reads.

In the said email received by Verma, the sender has used extremely foul and threatening language and has also threatened to harm his wife and mother.

The sender has also given exact details of Verma's residence and also his car registration numbers.

Besides abuses, the email stated that Verma should drop the idea of "deshbhakti (patriotism)" and discontinue with the polygraph (lie detector) test at FSL, Delhi as a witness against Tytler, otherwise he will face death.

"I will roast and eat the meat of your family members bodies," the email by the sender read.

The case was heard by Karkardooma Court on October 30.

"This is a very serious matter and considering the gravity of the case in which I am a witness and the profile of the accused (Jagdish Tytler) and his underworld connections, it is requested that immediately a FIR be registered in this matter for further investigations and arrest of the accused Jagdish Tytler and his henchmen, who have been continuously threatening me since the day I turned a witness against Tytler," the letter further stated.

Verma is a witness in the case pertaining to killing of three Sikhs- Badal Singh, Thakur Singh and Gurcharan Singh - at Gurudwara Pulbangash in North Delhi on November 1, 1984, a day after the assassination of then Prime Minister Indira Gandhi.