PVR in a statement termed the allegations 'incorrect and baseless' and said they were made with the sole intention to tarnish its image. 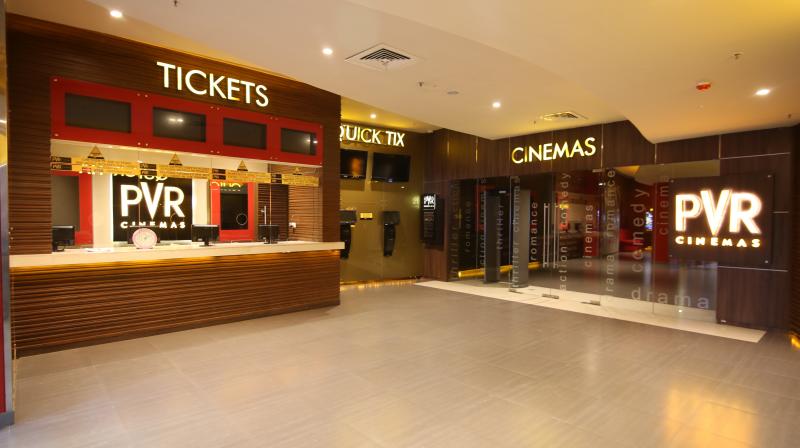 PVR Cinema, and its promoters and directors have been charged of cheating and forgery. (Photo: PVR Cinema|File)

Gurgaon: The Gurugram Police has registered an FIR against PVR Cinemas, and its promoters and directors on charges of cheating and forgery on the directions of the Gurugram Civil Court.

Its promoters Ajay Bijli, Sanjeev Kumar Bijli, Niharika Bijli and eight other persons have been booked under relevant sections of the IPC for selling stocks at inflated value of Rs 820 crore illegally and causing loss to Gurgaon-based real estate companies.

The FIR was registered at the Sushant Lok phase-1 police station on November 23.

The case came to light when Elan Group filed a complaint in the court, which on November 17 directed the local police to register an FIR against Chairman and Managing Director of PVR Limited Ajay Bijli, and directors Niharika Bijli, Sanjeev Kumar Bijli and others.

PVR Limited had claimed they were going to have 1,000 screens by 2018, according to the FIR.

"It entered into MOUs with builders of commercial space and Ajay Bijli made sensational statements to the press that PVR was in the process of achieving its target of 1,000 cinema screens by 2018, thereby inflating the share prices of PVR based on false statements," it read.

"Once PVR sold its 14 per cent stakes by overpricing to Warbur Pincus, a US based fund, it fraudulently and malafidely tried to terminate the MOU," the FIR claimed.

The complainant found that PVR never had any intention of taking on lease the multiplex proposed to be developed in terms of the aforesaid MOUs.

Elan Group found that "the accused had hatched a well- planned conspiracy with the malafide intent to allure investors to increase the share value and worth of PVR in global market.

"Once the shares of PVR were sold, they dumped the contracts/MoUs and fraudulently tried to terminate deals," it alleged.

However, PVR in a statement termed the allegations "incorrect and baseless" and said they were made with the sole intention to tarnish its image.

"In 2016, PVR was approached by Elan, offering multiplex space in certain projects proposed to be constructed by Elan in Gurgaon. The parties entered into MoU based on several representations made by Elan.

"PVR subsequently discovered that Elan had misrepresented facts and was therefore constrained to terminate the MOUs and a civil dispute is currently pending between the parties inter alia in this regard," it said.

"PVR is seeking legal advice with regard to the order passed by the judicial magistrate, Gurugram and shall take appropriate recourse under applicable laws. Since the aforesaid proceedings are currently sub-judice, PVR is not in a position to provide any further comments at this stage," the statement read.