Father of the student concerned Rizvi told that he also met the District Magistrate regarding the school's order, but to no avail. 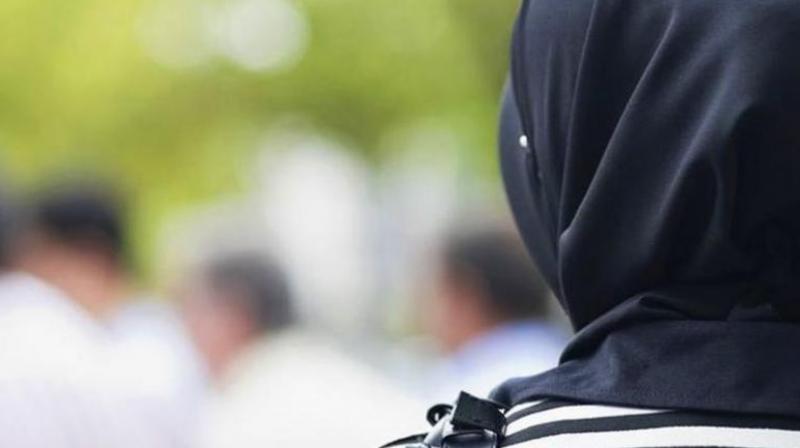 The father of the student concerned, Mohammad R Rizvi, said that his daughter had been studying in the school since kindergarten, and as per Islam tradition, had to cover her hair after reaching the age of nine. (Photo: Representational)

Barabanki (Uttar Pradesh): A school in Uttar Pradesh's Barabanki has barred Muslim students from wearing headscarves to class, citing that they don't go with the dress code of the school.

Anand Vihar School is a missionary school that objected to one of its Muslim students wearing headscarf to school. When the student's father asked permission for the same in a written application to the principal, he received back the following reply.

"It is to clarify to you that this is a minority school, but there are many communities in minority category, and one community cannot impose its rules on other communities," the letter read, and further said, "The school will not be able to provide any exemption from its rules."

Principal Archana Thomas also asked him to not "disrupt the school's functioning by asking unnecessary questions."

"If you face any inconvenience, you can admit your ward in an Islamic school," she added.

The father of the student concerned, Mohammad R Rizvi, said that his daughter had been studying in the school since kindergarten, and as per Islam tradition, had to cover her hair after reaching the age of nine.

On being questioned on it, Rizvi wrote to the principal.

"My daughter was asked not to wear headscarf to school, another girl was made to remove it as well. I argued that our Sikh brothers are also allowed even though their turban is not part of the dress code" he said.

Rizvi told that he also met the District Magistrate regarding the school's order, but to no avail.

"It felt like talking to the principal. He didn't hear anything that I had to say, and made it clear that he will not help me in any way. Generally, people at least give an assurance," Rizvi said.

The school's principal meanwhile said that the letter did not imply that the students were told to leave school.

"It said if they have a problem with the rules, they can admit their child in another school, not necessarily an Islamic school," Thomas said.

On the question of differentiating among communities by allowing Sikhs and barring Muslims from practising their beliefs, Thomas said, "Sikhs don't study here."