Demonetisation: BJP emerging as major challenger to TMC in WB

The considerable increase in BJP's vote share didn't go unnoticed by the party's central leadership and was appreciated by Modi. 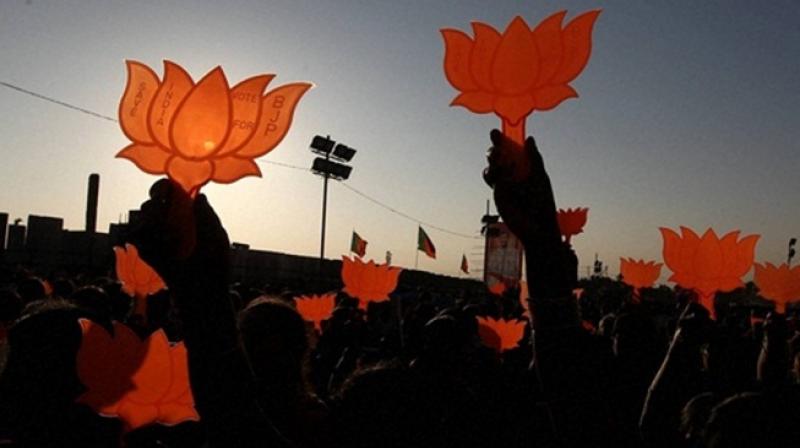 BJP has made considerable gains in West Bengal bypolls and has emerged as the main challenger to the ruling Trinamool Congress (TMC). (Photo: PTI/File)

Kolkata: Even as the countrywide debate over demonetisation rages on, the decision seems to have initiated a paradigm shift in Bengal's politics with the Bharatiya Janata Party (BJP) making considerable gains and fast emerging as the main challenger to the ruling Trinamool Congress (TMC).

The bypolls in were held under the shadow of demonetisation, with the ruling TMC's untiring campaign against the decision and BJP fighting in favour of it. Congress and the Communist Party of India (Marxist), or CPI(M), too had opposed the decision.

The considerable increase in BJP's vote share didn't go unnoticed by the party's central leadership and was appreciated by Prime Minister Narendra Modi, who praised the Bengal BJP unit for their "spirited performance".

"I appreciate @BJP4Bengal for the spirited performance. BJP is fully committed to diligently serving the wonderful people of ," Modi had tweeted after the bypoll results.

TMC won the Coochbehar Lok Sabha and Tamluk Lok Sabha seats by a brute margin of nearly 5,00,000 votes and the Monteswar Assembly seat by a whopping 1,27,000 votes, and had termed the victory as "people's revolt" against demonetisation.

The Congress and the CPI(M)-led Left Front, which decided to break their six month-old alliance, was the biggest political casualty in the bypolls, with BJP making substantial gains and emerging as the main opposition to TMC in .

Though BJP lost its deposit in the Monteswar Assembly seat, its increase in vote share in Coochbehar LS seat from 16.4 to 28.5 per cent and in Tamluk LS seat from 6.4 to 15.25 per cent, shows how the Saffron party is fast increasing its vote share in .

The Congress lost its deposit in all the three seats, whereas CPI(M) lost in two.

The results have come as a pleasant surprise for a large section of the state BJP leadership, which has been plagued by infighting, lack of organisation and proper leadership, and its failure in capitalising on the Narendra Modi-wave after the 2014 Lok Sabha polls.

Riding the Modi-wave, the Bengal BJP had made substantial gains in 2014 when it secured 17 per cent votes, but lost the momentum to infighting and lack of leadership.

"We didn't expect this result. It seems a large section of the people supported the decision of demonetisation and want us to take up the Opposition space in ," a senior BJP leader told PTI.

The BJP leadership termed the increase in vote share as a reflection of people's support towards demonetisation.

"If you go through the results of the last Assembly polls, you can see the difference. Now the question is what made the difference? Firstly, voters were disenchanted with the Left and secondly, through this vote, despite malpractices, people have showed their support towards the decision of demonetisation," state BJP president Dilip Ghosh told PTI.