The Congress and BJP faced a neck and neck competition on Thursday in Haryana assembly. 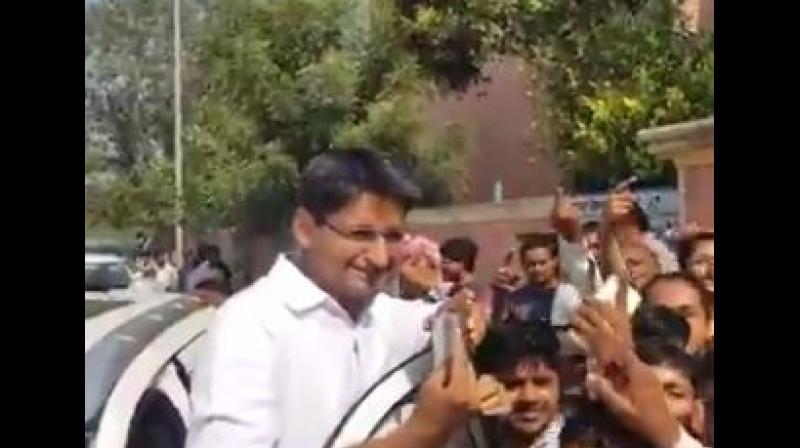 New Delhi: On Thursday, as Haryana stared at a hung assembly, Congress leader Deepender Hooda sent a reminder to his Twitter followers asking them to 'save his week-old tweet.'

(Save this tweet. Haryana is going to break the arrogance of Khattar government.)

On Thursday, he shared the tweet again reminding netizens of his prediction.

With the Congress and BJP facing a neck and neck competition, the BJP, which had set a target of winning 75 seats in the 90-member Assembly, was leading in only 39 seats, while the Congress was ahead in 33 constituencies.

The Jannayak Janta Party (JJP), which fought its maiden Assembly polls, was ahead in 10 seats.

Former Haryana CM, Bhupinder Hooda appealed the non-BJP and independent candidates to join hands assering that they would get respect in his party.