The two other slain militants were identified by as Naveed Ahmed Tak and Junaid Rashid Bhat. 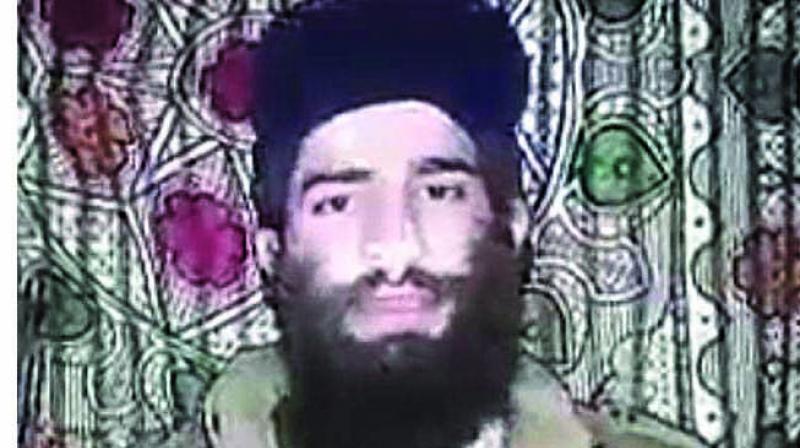 Srinagar: Jammu and Kashmir police on Wednesday claimed that Ansar Gazwat-Ul-Hind (AGH), Al Qaeda’s offshoot in India, has been wiped out from Kashmir after the killing of its local chief along with his two associates during a gunfight with the security forces in Rajpora area of southern Pulwama district a day ago.

“The Ansar Gazwat-Ul-Hind has been wiped out but some elements, who are over-ground workers (OGW) of the outfit, are there. They suddenly crop up and join militant ranks. But, as of now, it (AGH) has been wiped out from Kashmir,” J&K’s director general of police, Dilbag Singh said at a press conference here.

The police chief said that among the AGH militants killed in Wednesday’s fire fight was its chief Hameed Lone Lelhari alias Haroon Abbad. The two other slain militants were identified by as Naveed Ahmed Tak and Junaid Rashid Bhat.

Lelhari had replaced Zakir Rashid Bhat alias Zakir Musa, who headed Al Qaeda’s India cell AGH, after he was killed in a gunfight that took place in Dadasara village of Tral on May 23, this year.

Even then, Mr Singh had claimed that he was the last surviving cadre of “Ansar Ghazwat-Ul- Hind.” He had also said that a new idea of militancy primarily to establish Islamic Caliphate in the restive state introduced by Zakir Musa has ended with his killing.

The police chief said on Wednesday that all the three militants killed on Tuesday were residents of Pulwama district and as per police records, were part of the Zakir Musa group and were wanted by law for their complicity in a series of terror crimes.

He also said that this group of militants was working closely with the Jaish-e-Muhammad (JeM) outfit which is trying to coordinate with other groups in the Valley to carry out attacks.

He said, “The JeM is trying to coordinate with every militant group in Kashmir. The JeM and the Lashkar-e-Tayyaba (LeT) get their direction from Pakistan on who to target, what type of violence to incite and at which level.” He further said, “So, the JeM and the LeT are both trying to coordinate with every group. If you remember, two Gujjar brothers were killed in Tral and Pakistani militant Yasir of the JeM was involved in that. He was in contact with this group.”

In June this year, a video circulated by AGH through its media channel al-Hurr Media had named Lelhari as its new chief and Ghazi Ibrahim Khalid as his deputy. This came two weeks after the security forces had killed top Kashmiri militant commander Zakir Musa, who had in 2017 revolted against J&K’s main indigenous militant outfit Hizb-ul-Mujahideen and was subsequently appointed by Al-Qaeda as the head of its newly created cell in India.