Turkey ranks 43 in the list of “Competitive Countries in Travel and Tourism – 2019” Report by the World Economic Forum, where India is ranked at 34. 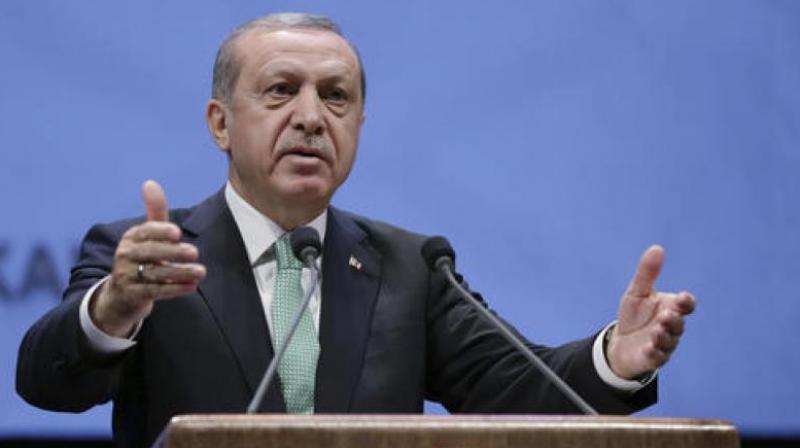 New Delhi: In what clearly seems to be the fallout of Turkey’s stand against India on Kashmir, the Indian government on Wednesday asked its citizens to “exercise extreme caution” while travelling to the West Asian nation.

Though the Indian mission in Ankara has mentioned “situation in the region” as the reason behind the advisory, the alert comes amidst strained diplomatic ties between the two countries after Turkey-backed Pakistan on the Kashmir issue at the United Nations.

“Government of India has been receiving queries from Indian nationals on travelling to Turkey in view of the situation in the region. Although there have been no reports of untoward incidents in the country so far, involving Indian nationals, travellers are requested to exercise utmost caution while travelling to Turkey,” the Indian Embassy in Ankara said in its advisory.

Turkey President Recep Tayyip Erdogan had made a statement at the United Nations general Assembly against the scrapping of special status in Jammu and Kashmir by India. “One of the problems to which the international community still does not devote enough attention is the Kashmir conflict, which awaits a solution for 72 years,” he said.

After Mr Erdogan tried to attract international attention on “Kashmir conflict” at the UNGA last month, irked India put on hold Prime Minister Narendra Modi’s proposed visit to Ankara and there is a strong possibility of India imposing trade restrictions.

Already the Indian palm oil industry has called to boycott imports from Malaysia for its anti-India stand on Kashmir. It is expected that the tourism from India to Malaysia will also take a hit now. Turkey and Malaysia also backed Pakistan at the FATF Plenary to prevent it from getting blacklisted. India, which usually refrains from commenting on others matters, in a statement on Oct. 10, also condemned the “unilateral military offensive by Turkey in north-east Syria” saying New Delhi is “deeply concerned” with the developments.

“Turkey’s actions can undermine stability in the region and the fight against terrorism. Its action also has the potential for causing humanitarian and civilian distress,” ministry of external affairs had said in statement.

We call upon Turkey to exercise restraint and respect the sovereignty and territorial integrity of Syria. We urge the peaceful settlement of all issues through dialogue and discussion,” ministry of external affairs had said in statement.

India had also “deeply regretted” statements by Turkey since August 6, on Kashmir saying “these statements are factually incorrect, biased and unwarranted”. India also called upon Turkey to get a proper understanding of the situation on the ground before they make any further statements on this issue.

The travel advisory has the potential to directly impact the tourism industry of the country that thrives on high number of Indian tourists. Besides, Turkey is also a popular film shooting destination for Indian film industry with the latest block buster Ek Tha Tiger shot extensively in Turkey.

Turkey ranks 43 in the list of “Competitive Countries in Travel and Tourism – 2019” Report by the World Economic Forum, where India is ranked at 34. The Indian tourist arrival in Turkey went up by 80 per cent in 2018 compared to the previous year and according to the culture and tourism ministry of Turkey, around 1.47 lakh Indian tourists visited Turkey in 2018, while by September 2019 already 1.30 lakh Indians have visited the country and the figure is expected to touch 2 lakh by the end of 2019.